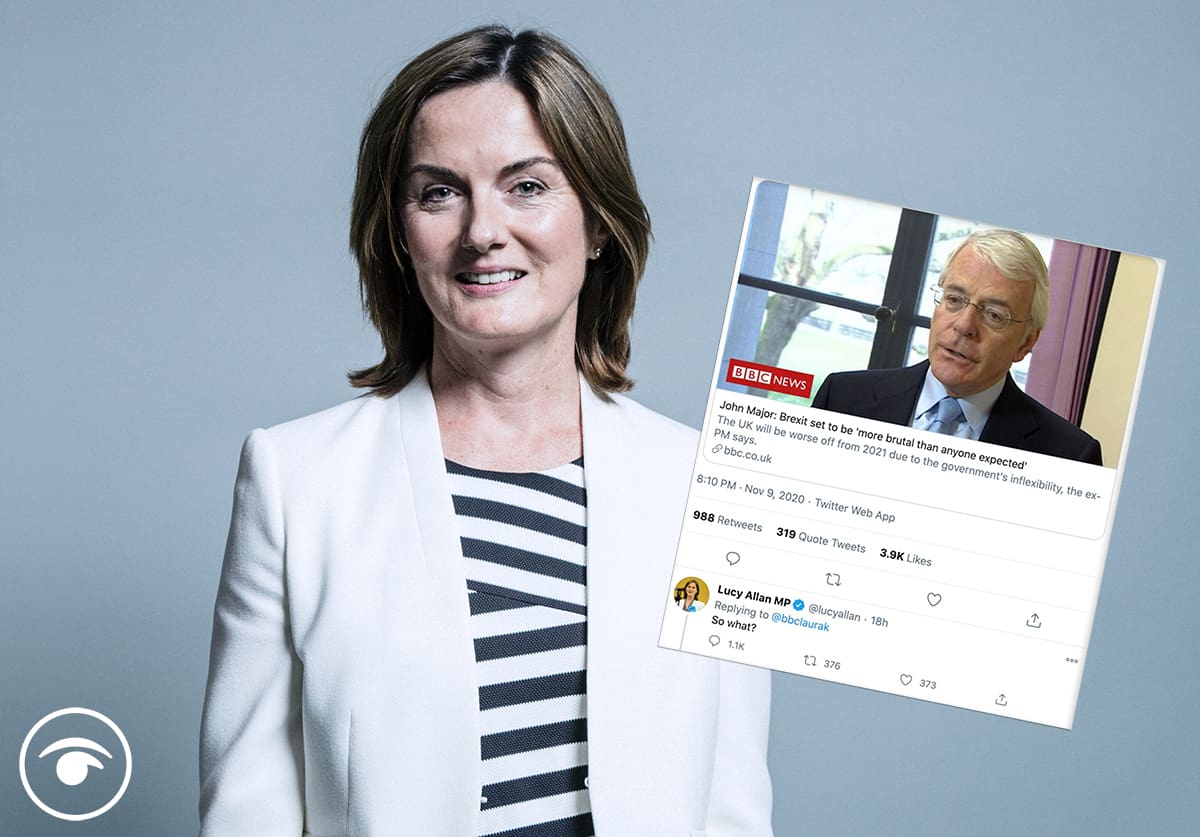 The Conservative MP for Telford sparked outrage today after replying “So What?” to warnings from John Major that Brexit is set to be more brutal than anyone expected.

Lucy Allan responded on Twitter to claims made by the former Prime Minister that Britain could suffer heavily when it leaves the European Union for good at the end of the year.

In a speech, which has been described as “masterful” by some, Major said our “hefty international influence rested on our history and reputation, buttressed by our membership of the EU and our close alliance with the US.

“Suddenly, we are no longer an irreplaceable bridge between Europe and America. We are now less relevant to them both.”

Confirmation, if it was needed, that Telford’s Tory MP Lucy Allen doesn’t care what negative impact Brexit has on her constituents.
Harm to #Telford residents is clearly a price worth paying for Lucy Allen, despite her constituency being set to suffer more than most from #Brexit. pic.twitter.com/cwJEnWQFhg

But Tory MPs have hit out at their former leader, calling him a “second rate Prime Minister” who “never understood Brexit”.

Andrew Bridgen told The Sun: “What do you expect from a man who is widely considered a second rate Prime Minister?”

He tore into suggestions the UK was no longer relevant to the EU post Brexit: “Clearly the UK is a huge asset, not least because of the £15 billion a year we’ve been paying into the coffers.

“If the EU didn’t think the UK was of such huge value they wouldn’t be so keen to hang onto us.”