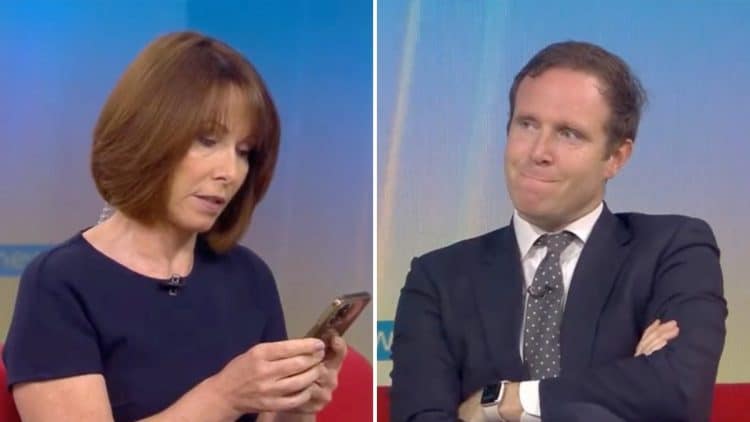 A Tory MP’s message about Liz Truss was read out live on Sky News this morning.

Disillusionment over ‘Trussonomics’ has resulted in sterling falling to its lowest level against the dollar since decimalisation in 1971 this morning.

The British currency fell by more than 4 per cent to just 1.0327 dollars in early Asia trade before it regained some ground to about 1.05 dollars early on Monday.

It comes as Kwasi Kwarteng insisted he is “focused on tax cuts across the board”.

Discussing the matter on Sky News, Kay Burley read out a message from a former Tory minister.

“She’s taking on markets and the Bank of England. Her, Kwasi, Phil[p], Simon [Clarke?] are playing A-level economics with people’s lives. MPs are already putting letters in, as she will crash economy.”