Thatcher's Techbase was on show at The World Transformed festival in Liverpool. 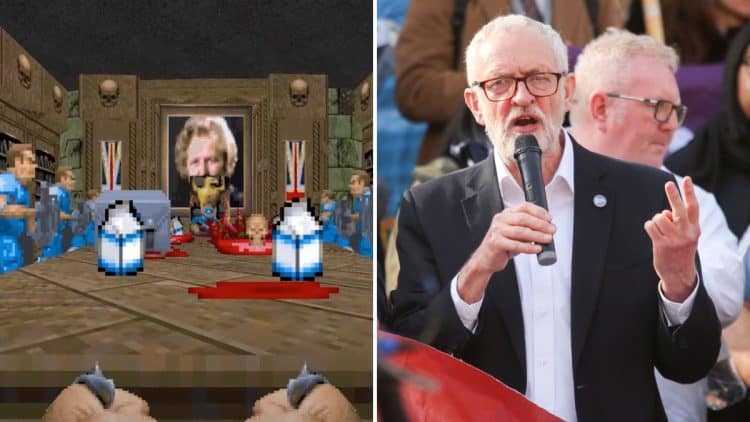 Jeremy Corbyn was filmed enjoying an arcade game of Doom which lets you ‘kill Margaret Thatcher’ over the weekend.

The former Labour leader was seen playing a modded version of the game called Thatcher’s Techbase at The World Transformed festival in Liverpool.

He posed for a picture alongside the machine and reportedly ‘liked the game’, according to one Twitter user after playing it.

Sir Keir Starmer has faced fresh demands to pave the way for Corbyn to stand as a Labour candidate at the next general election.

Corbyn remains a party member but sits in the Commons as an Independent MP after having the whip withdrawn due to his response to an Equality and Human Rights Commission report into antisemitism in the party.

But some party delegates have forced a vote on a proposed rule change in a bid to allow Mr Corbyn (Islington North) to be re-selected as a Labour candidate.

Peter Talbot, of Islington North CLP, said: “We need a range of Labour candidates. We need to demonstrate that the Labour Party truly is a broad church. And that’s particularly important in relation to the thousands of young people that Jeremy brought into supporting Labour.”

He added: “If we don’t change the rules and Jeremy can’t stand for Labour at the next election, well that would just be a disaster for us frankly, it would not end well.