Michael Fabricant claimed that Johnson didn't realise he was breaking the law in a jaw-dropping interview. 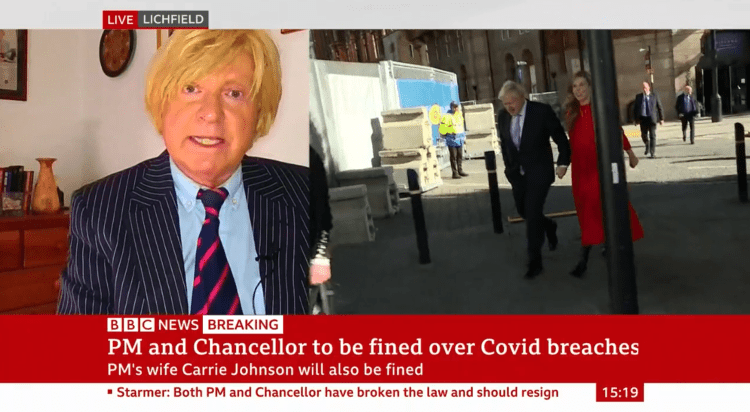 A Conservative MP has defended Boris Johnson’s lockdown law-breaking, claiming the prime minister was having a “quiet drink” – “just like many teachers and nurses” after a long shift.

Speaking on BBC News after it emerged that Johnson, his wife and Rishi Sunak would be issued police fines over the Partygate scandal, Michael Fabricant said he didn’t believe the prime minister “thought he was breaking the law”.

Saying Johnson should “think hard” and make a statement to the House of Commons when it returns from recess next week, Fabricant said: “He has to apologise. Having said that, I don’t think that at any time he thought he was breaking the law.

“At the time, just like many teachers and nurses who after a very, very long shift would go back to the staff room and have a quiet drink, which is more or less what he has done… I don’t think he thought he was breaking the law.

“But we’ve got to carry on governing. I do find it very strange, incidentally, that Keir Starmer is now saying he should resign when only a week ago his line was ‘no he shouldn’t go because of the Ukraine crisis’.”

Related: Flashback to when Rishi Sunak told MPs he ‘did not attend any parties’