It's not the first time Guy Opperman has made the headlines for his controversial beliefs. 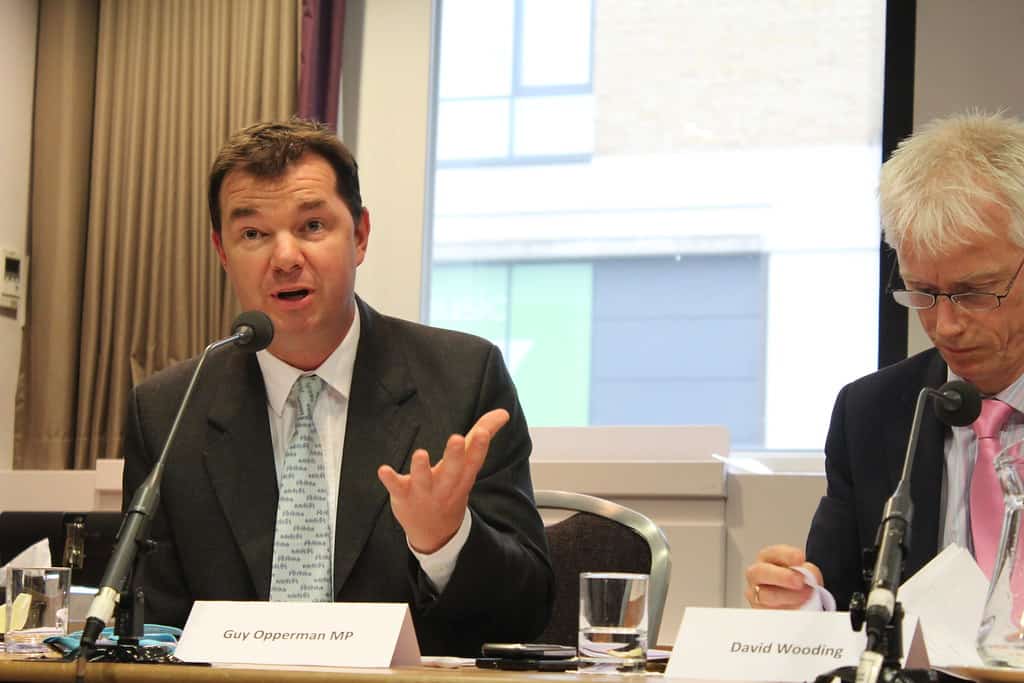 A Conservative MP has caused outrage after suggesting families using food banks “must get better at handling money”.

Guy Opperman , who is standing for re-election as MP for Hexham , Northumberland, was asked how people who were forced to rely on food aid could be helped during a hustings with his fellow candidates.

As well as outlining some measurements proposed by the party in their manifesto, he said:

“You will not improve the long term capability of handling finances, without better financial education from primary school upwards.

“We introduced financial education and capability in secondary school, but we must get better at handling money.”

The response provoked boos from the audience, and anger and disbelief from people who run and use food banks, The Chronicle reported.

The system killed me

Carer Alan Bell, 59, who was forced to use the local food bank after Universal Credit delays left him without any money for three months, told the paper:

“I don’t think Mr Opperman knows what he is talking about.

“It is not about handling money – I did not have any money left.

“It took me 92 days to get police DBS checks done to get a new job, and Universal Credit took three months.

“The system killed me. I sold my TV, cooker and microwave.

“I did not have any money left, I hit rock bottom.

“My car was towed away because I could not keep up finance, it was the most awful feeling, a horrible situation. Without it, I could not find work.”

It’s not the first time Mr Opperman has courted controversy.

In June 2017 he was heckled after suggesting WASPI women should get apprenticeships after they lost their pension.

He saidL “It is not the Government’s position that they are going to make further concessions to those affected by the 95 or 2011 act.

“But I suggest there is a massive amount that this Government has done on a progressive basis to get people back into employment or retraining in their pre-pension years.”

As he was heckled loudly, he added, “we have also extended apprenticeship opportunities as one of the best routes to skilled employment for people of all ages and gender.”

Related: Matt Hancock loses it when voters at his local hustings laugh at him in disbelief