Joseph Muscat made the announcement on TV after thousands of people protested outside a courthouse in Valletta, demanding he step down. 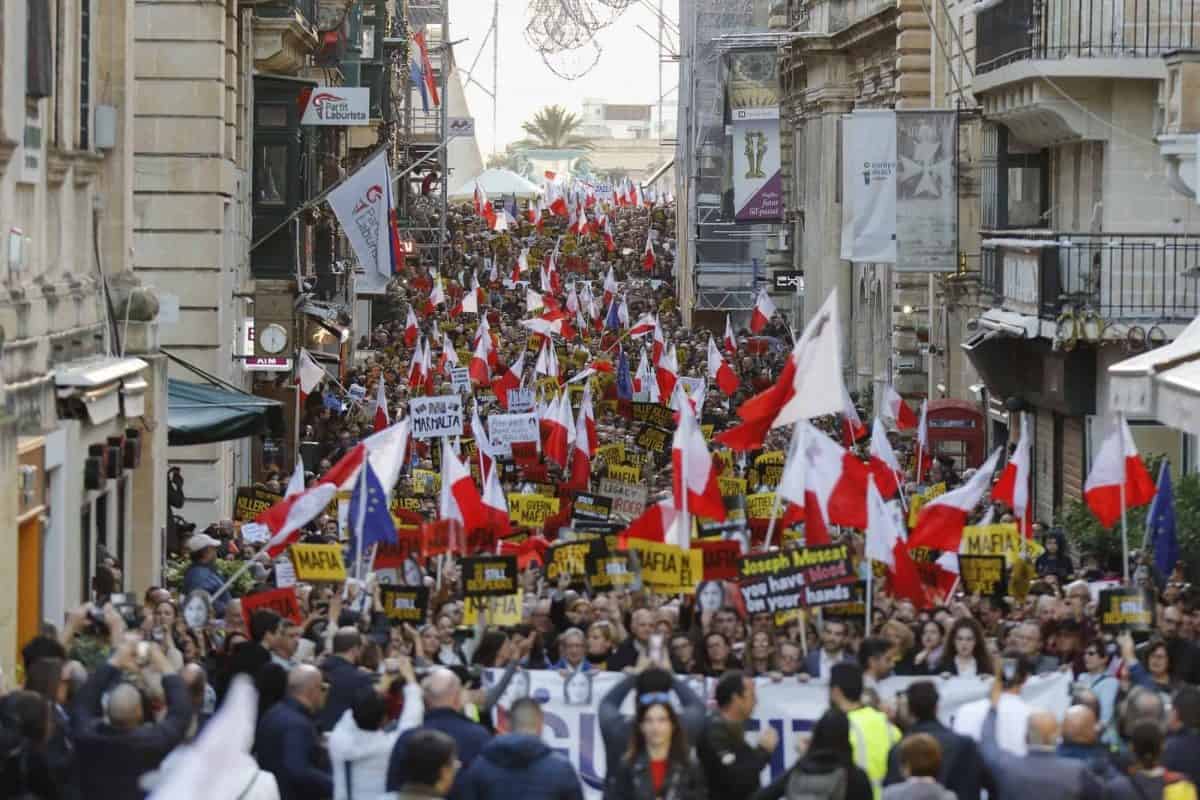 People stage a protest in La Valletta, Malta, Sunday, Dec. 1, 2019. Malta's embattled prime minister has received a pledge of confidence from Labor Party lawmakers amid demands for his resignation by citizens angry over alleged links of his former top aide to the car bomb killing of a Maltese anti-corruption journalist. Hours later, thousands of Maltese protested outside a courthouse demanding that Joseph Muscat step down. (AP Photo)

Maltese Prime Minister Joseph Muscat has said he will resign in January following pressure from citizens for the truth about the 2017 car bombing that killed a journalist.

In a televised message, Mr Muscat said he has informed Malta’s president that he will quit as leader of the governing Labour Party on January 12.

He said “in the days after I will resign as prime minister”.

Hours earlier, thousands of Maltese protested outside a courthouse in the capital, Valletta, demanding he step down.

“As prime minister, I promised two years ago that justice would be done in the case of the murder of Daphne Caruana Galizia,” Mr Muscat said, beginning his speech, adding “today I am here to tell you that I kept my word”.

Mr Muscat noted that in addition to three people arrested soon after the bombing for carrying out the actual attack, now there is “someone accused of being the principal person behind this killing”.

He was referring to prominent Maltese businessman Yorgen Fenech, who appeared in Valletta’s courthouse on Saturday on charges of complicity in the murder and of allegedly organising and financing the bombing.  He entered pleas of innocence.

Mr Muscat’s former chief of staff Keith Schembri has also been linked to the killing.

He was among Government members targeted by Ms Caruana Galizia’s investigative reporting.

Mr Schembri, who resigned last week, was arrested in the probe but later released. He denies wrongdoing

Labour has a comfortable majority in Parliament, indicating a new party leader could become premier without the need for a national election.