The road, in Wollaston, Northants., often features in a list of the top ten rudest in the country 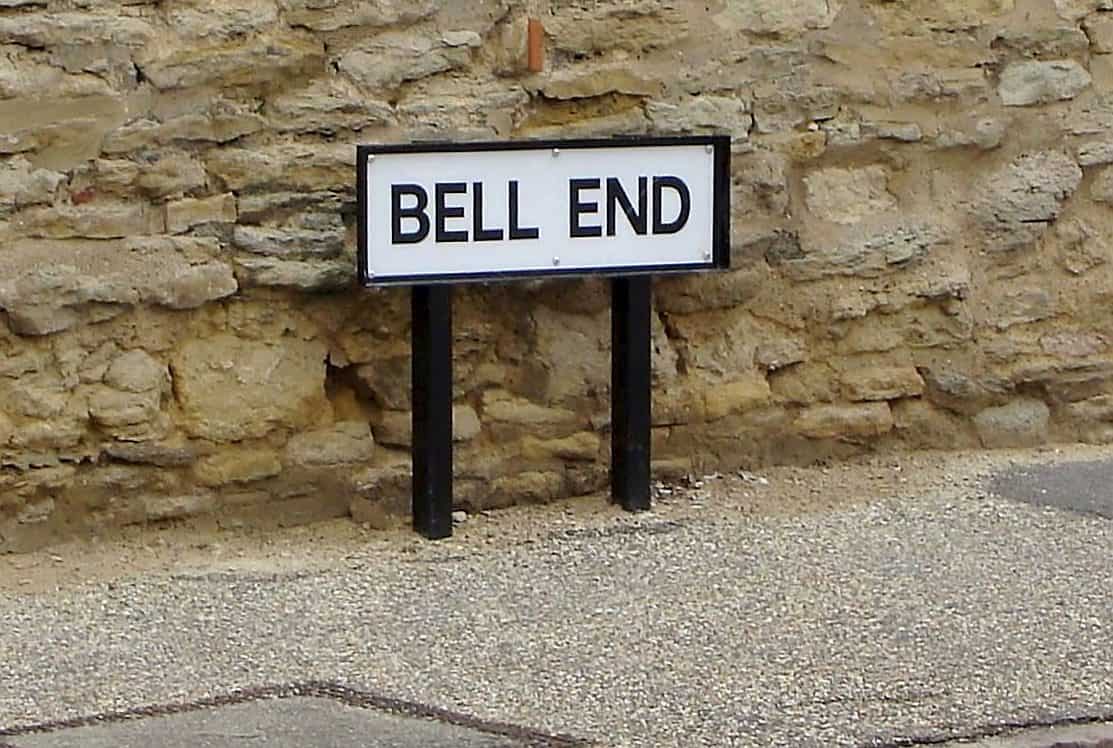 Villagers have blasted “pathetic” thieves who have again stolen the sign from their street – Bell End.

The road, in Wollaston, Northants., often features in a list of the top ten rudest in the country.

But fed-up residents have bemoaned yet another robbery – claiming the naughty sign is nicked at least once a year.

Bell End is about 100 metres long and is named after the now-closed Bell Inn pub.

Neil Balderson, 39, told the BBC: “It has been a well-known feature in the village and there is a cheeky side to it.

“We regularly have people stop for photos and it’s not unknown for people leave their mark with stickers and suchlike.

“The sign being taken is really quite a sad state of affairs.”

Christine Thurland, 80, added: “I don’t understand why would anyone want to do something so silly.”

Locals of the Bell End in Rowley Regis near Birmingham, West Mids., started a petition to change the name in 2018 but a counter-petition led to it being kept.

The Borough Council of Wellingborough, in Northants., said it would replace the sign and that it had not received any calls for the street to be remained.

Villagers in the Dorset hamlet of Shitterton got so annoyed with their sign being stolen they put up a stone version in 2010.