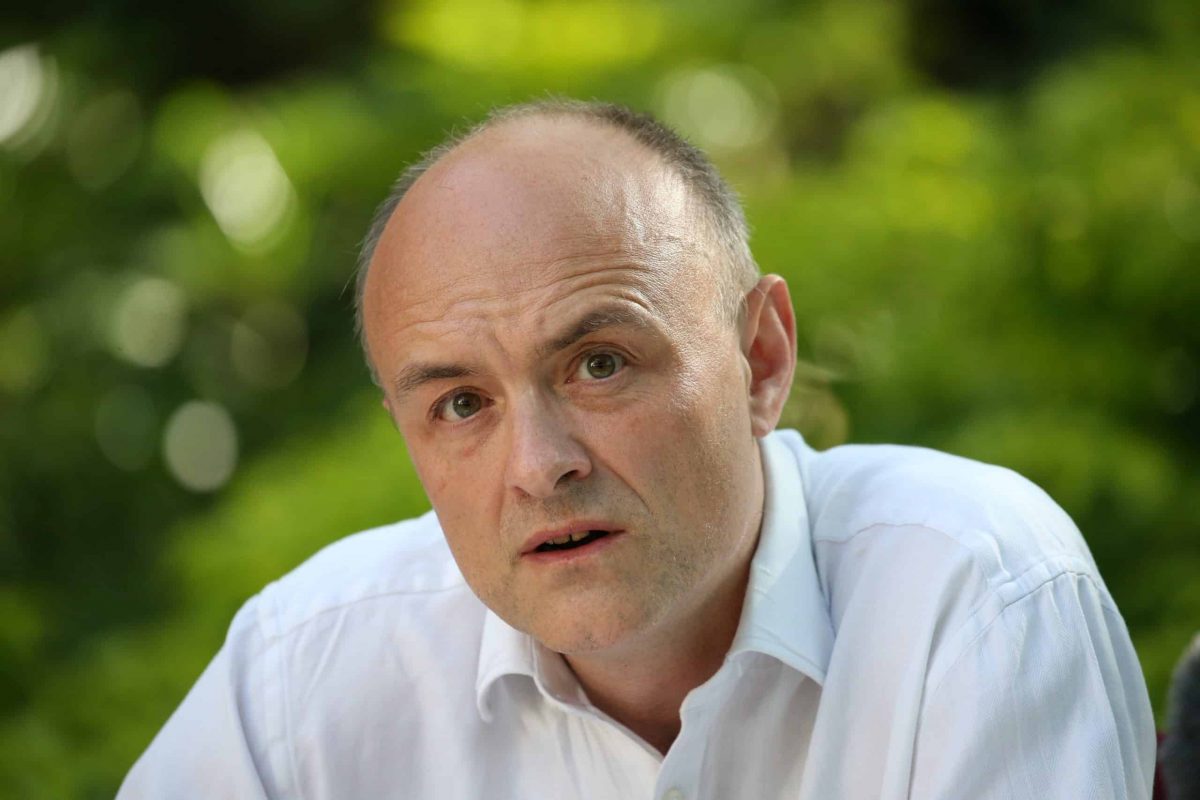 Dominic Cummings, Boris Johnson’s most senior political adviser, was among the leading advocates for tougher fines for people breaking Covid-19 restrictions – despite infamously flouting lockdown rules during the first peak of the virus.

According to the FT, Cummings pushed for the higher fines in meetings to determine the heaviness of punishments dealt out to coronavirus lawbreakers.

Critics of Cummings accused him of flagrant hypocrisy in pushing for tougher fines, after he drove his family 270 miles from London to Durham despite exhibiting coronavirus symptoms.

Claiming the virus had altered his eyesight, he then made a 60-mile round trip to Barnard Castle with his family to “see if I could drive safely”.

The ‘Barnard Castle row’ is widely seen as damaging the government’s credibility in enforcing coronavirus restrictions. The ex-head of the civil service, Lord Sedwill, told the BBC on Wednesday that the incident “clearly undermined the government’s coherent narrative about following the rules”.

‘Everyone could see the irony’

At the time of his controversial trip, there were already fines in place for people who breached Covid-19 restrictions. Anyone leaving their home without a reasonable excuse could be hit with a £200 bill – with tougher fines coming in since, running into thousands of pounds.

A new package of fines was announced in September – reportedly endorsed by Cummings – for offences like employers coercing staff into work when they should be self-isolating, or workers refusing to self-isolate when instructed to.

“There were some reservations about the sheer size of the fines but the truth is that Rishi Sunak, Matt Hancock and Number 10 were all signed up to the need for those new restrictions, given infections were going up again,” a second government source told the FT.

“But yes, everyone could see the irony of Cummings pushing this hard from inside No 10.”

“This latest hypocrisy just goes to show that some in the government seem to think it should be one rule for them and another for everybody else.”

A support of Cummings added: “The prime minister said he acted responsibly and legally, so as far as he’s concerned, it’s case closed.”