"No wonder Armando Iannucci gave up writing new episodes of The Thick of It. How could you now hope to surpass the farce that actually passes for government in this country?", Paul Sweeney tweeted. 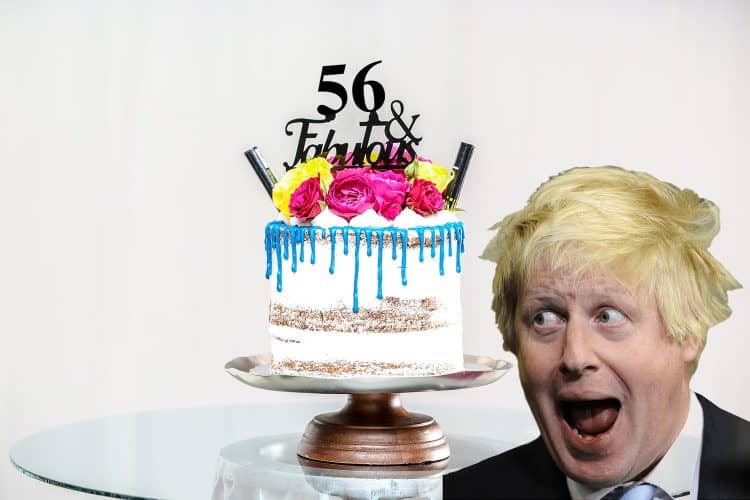 Boris Johnson was “ambushed with a cake” during his Downing Street birthday bash held during lockdown restrictions, a Conservative MP has claimed.

Conor Burns defended the prime minister over the Downing Street event on 19 June 2020 – and claimed it was not a “pre-mediated” party.

“It was not a pre-mediated, organised party … that the prime minister decided to have,” the loyal Tory MP told Channel 4 News on Tuesday evening.

The backbencher added: “They came to his office with a cake, they sang happy birthday, he was there for 10 minutes – I don’t think most people looking at that at home would characterise that as a party.”

Johnson remained braced for the publication of senior civil servant Sue Gray’s inquiry into allegations of lockdown-breaching parties in Downing Street, after police launched an investigation into multiple events.

The prime minister said he welcomed Scotland Yard’s investigation and hoped officers would “help to draw a line under matters” after his leadership was plunged into deeper jeopardy by the development on Tuesday.

Downing Street signalled he is willing to speak to the officers investigating alleged breaches of coronavirus rules over the past two years, but said Mr Johnson believes he has not broken the law.

Uncertainty was cast over the publication of Ms Gray’s inquiry into claims of lockdown breaches, but it was understood her report could still be published in the coming days as her team hold discussions with police.

A No 10 source said they were yet to be told when Mr Johnson would receive the report, amid suggestions it could come as soon as Tuesday night, in advance of its wider publication.

Downing Street initially suggested that elements of the long-awaited Cabinet Office inquiry that touch on potentially criminal acts may be paused now police are involved.

But after it emerged Scotland Yard had not objected to any publication, No 10 said it was not trying to block the report and said Ms Gray’s team were in talks over “what may or may not be published”.

There was no shortage of comment relating to the claims of Conor Burns tonight.