From the newsletter: Promised funding to improve bus networks has been slashed. Another core policy pledge revealed for what it is: all sloganeering no substance. 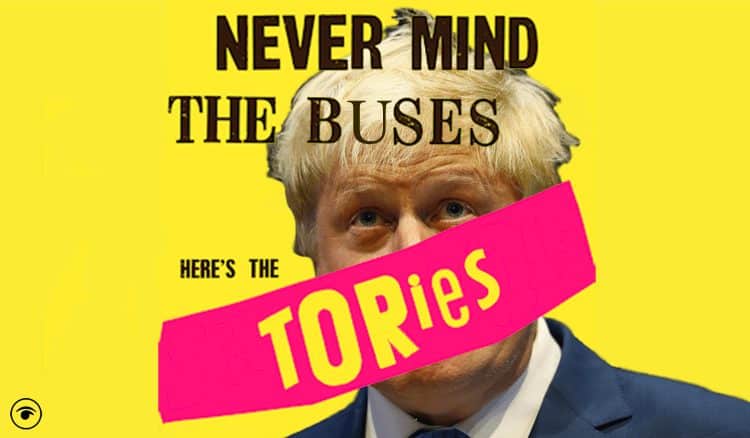 Good morning. About three-and-a-half years ago, the government was on the brink of collapse. The Cabinet was tearing chunks out of itself over Brexit, leaving Theresa May’s premiership teetering on the precipice. And, at PMQs, Jeremy Corbyn used all six of his questions to ask about buses. Ridicule was, predictably, instant. “Did Corbyn miss his stop by talking buses, not Brexit?” asked Sky News. “Buses are not a sexy subject… You can see why Mr Corbyn identifies with them,” The Timesscoffed. “The government could collapse on Friday and Corbyn is mainly worried about how MPs will get home,” chortled The Independent.

Flash forward to present day and the government is once more wobbling like an ill-set blancmange. But, like the Right Honourable Member of Islington North, Elevenses is this morning foregoing the temptation to fulminate about Boris Johnson’s pathological love of illegal piss-ups. We’re going to bang on about buses instead. Lost amid the hubbub and scandal this weekend was news that Johnson’s “bus back better” strategy – a major plank of ‘levelling up’ – has had its funding slashed in half by the Treasury. The prime minister announced last year that £3 billion would be spent on “new funding to level up buses across England towards London standards”. Now just £1.4 billion will be made available for the next three years.

Some numbers. Funding for buses is roughly £400 million a year lower now than it was ten years ago. Local authority funding for improving bus networks is £163 million lower in real terms compared to a decade over – a reduction of over 40 per cent. More than half of local authorities have cut their financial support for buses in half since 2009. In that time, more than 3,000 local bus networks have been lost or reduced. Meanwhile, in the same period, bus and coach fares ballooned by 59 per cent in cash terms.

There is no levelling up without fixing bus services. In the year ending March 2019 – the last data set unimpacted by Covid – 4.32 billion bus journeys were made. The average person made 48 trips via bus compared to 22 by train. Buses, quite simply, reach further than trains, more often, for less money. And people who depend more on buses tend to be lower-paid, live in more deprived areas, and are more likely to turn down a job because of issues getting there than those on higher incomes, who tend to uLse cars and trains more often. Improving bus networks is integral to reducing inequality by widening access to jobs, education and services. That, at least, was the conclusion of research commissioned by the Department for Transport in 2019.

These cuts, like the scrapping of the eastern leg of HS2, show that levelling up is little more than a useful turn of phrase. When improving local services is at the whim of a spendthrift chancellor, the prospect of regions receiving the money and power they really need to address regional inequality is so small as to be non-existent. Indeed, most English regions are set to receive less money for regional development under Johnson than they did under May or David Cameron. The prime minister has apparently circled next month’s long-awaited levelling up white paper as the starting point for a Lazarus-like political fightback. But for all the rhetoric, every day that passes reveals his core policy pledge for what it is: a clever bit of sloganeering sorely lacking in substance.