"Oh Oliver! You lot did a deal with Farage.Everything must be done to get you lot out of power" tweeted Gary Neville. 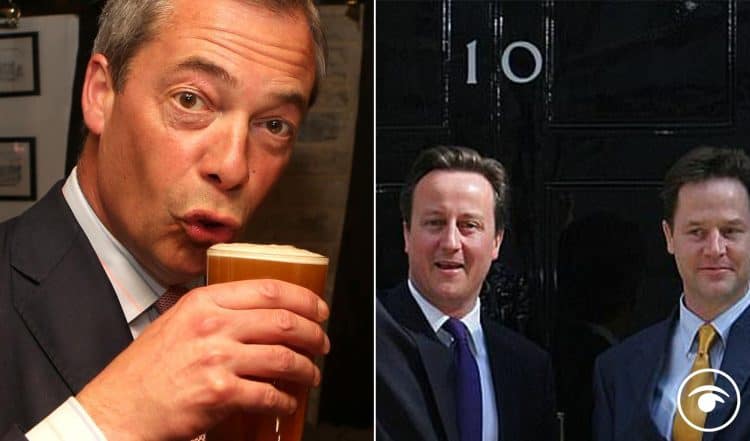 Oliver Downen isn’t happy he has got wind of a Lib/Lab pact for the upcoming council elections.

Boris Johnson is trying to focus minds on bins, potholes and council tax as the Tories enter the final days before the local elections with a new scandal adding to partygate.

Conservative MP Neil Parish announced his resignation on Saturday as he admitted twice watching pornography in the House of Commons.

The fresh embarrassment came as activists canvas for votes for a Tory party led by a Prime Minister fined by police for breaching his own coronavirus laws.

Polls in 200 local authorities across Britain open on Thursday, in a chance for voters to register their disapproval, or their support.

Ignoring all that Oliver Dowden wrote to Sir Keir Starmer concerned about what he thinks is an unfair plot.

Dowden tweeted the letter and wrote: “The secret Labour/Lib Dem elections pact has been revealed. Read my letter and the questions that Sir Keir Starmer must answer.”

Well a LOT of people were keen to point out the Tories pact with the DUP and a £1.5 billion bung, the time Farage and Boris Johnson bumped into each other in a restaurant and who can forget the Liberal Democrats and Conservative coalition?