"Parliament is so last year darling," one person responded. 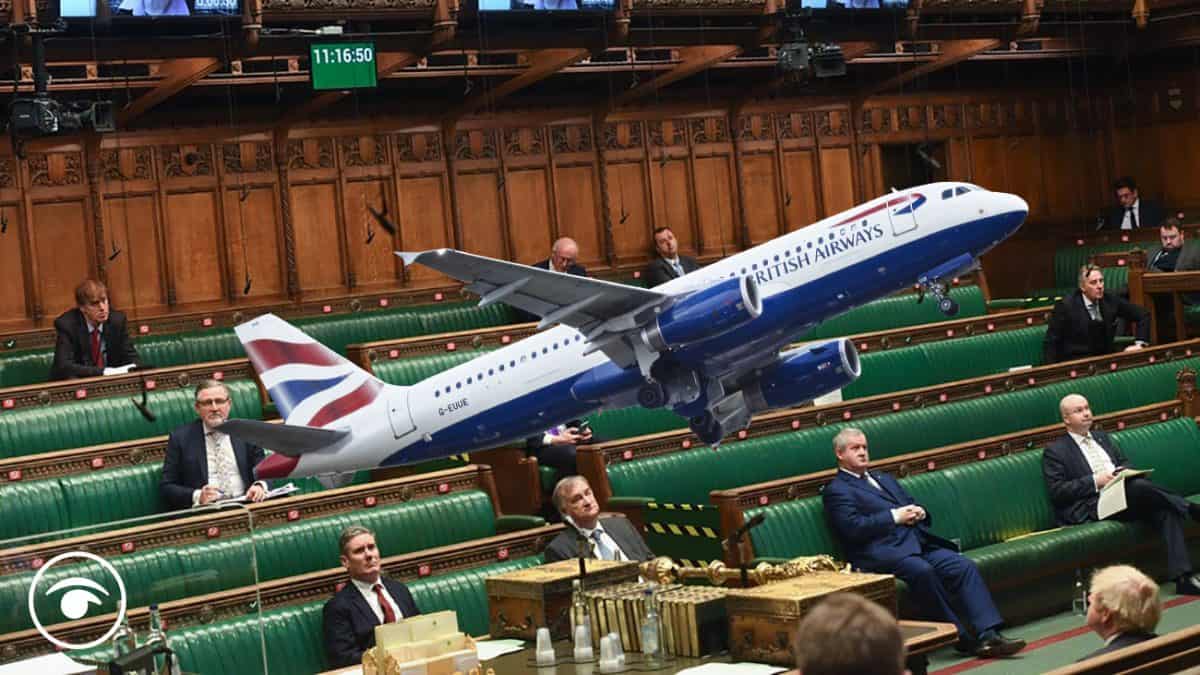 The Conservatives have managed to use yet more parliamentary trickery to bypass parliament with new “draconian” jail sentences for people who lie about going on holiday.

Steven Swinford of The Times has revealed that the government will use the existing forgery and counterfeiting act of 1981 to prosecute people returning to the UK.

Offences under sections 1 to 4 of the act receive a 10 year jail sentence, which could be applicable for families returning from a jolly in Portugal.

Parliament is so last year darling.

Transport Secretary Grant Shapps was forced to defend the new rules during the media rounds this morning.

Earlier in the day former supreme court justice Lord Sumption said the penalties were more severe than those for some violent or sexual offences, writing in the Daily Telegraph:

“Does Mr Hancock really think that non-disclosure of a visit to Portugal is worse than the large number of violent firearms offences or sexual offences involving minors, for which the maximum is seven years?” he wrote in the Daily Telegraph.

But Mr Shapps said “strong action” was necessary to prevent new mutations of the virus entering the country, potentially undermining the vaccination programme.

“I do think it is serious if people put others in danger by deliberately misleading and saying that you weren’t in Brazil or South Africa, or one of the red list countries,” he told BBC Breakfast.

“I think the British public would expect pretty strong action because we’re not talking now just about, ‘Oh there’s a lot of coronavirus in that country and you might bring some more of it back when we already have plenty of it here’.

“What we’re talking about now are the mutations, the variants, and that is a different matter, because we don’t want to be in a situation where we later on discover that there’s a problem with vaccines.”