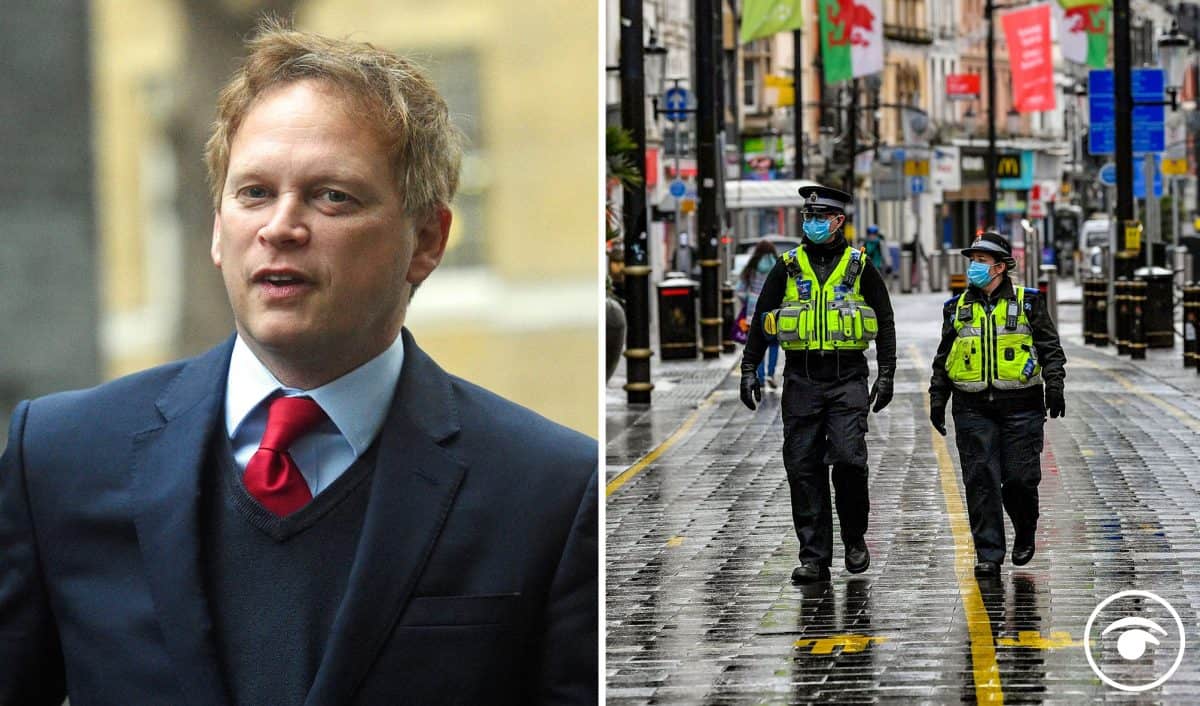 Transport Secretary Grant Shapps has defended plans for prison sentences of up to 10 years for returning travellers who try to evade strict coronavirus quarantine rules. However, these tough measures come as only a handful of the £10,000 lockdown fines have actually been paid.

Ministers have faced accusations that the penalties for UK nationals returning from high-risk destinations who lie about their movements are “disproportionate”.

But Mr Shapps said “strong action” was necessary to prevent new mutations of the virus entering the country, potentially undermining the vaccination programme.

On Tuesday, Health Secretary Matt Hancock announced people returning to England from 33 “red list” destinations would have to pay £1,750 to quarantine for 10 days in Government-designated hotels.

Those caught lying about their movements could be fined £10,000 or jailed for 10 years.

Former Supreme Court justice Lord Sumption said the penalties were more severe than those for some violent or sexual offences.

“Does Mr Hancock really think that non-disclosure of a visit to Portugal is worse than the large number of violent firearms offences or sexual offences involving minors, for which the maximum is seven years?” he wrote in the Daily Telegraph.

Former Conservative attorney general Dominic Grieve said 10-year jail terms were a “mistake” which would never actually be used by the courts.

“The reality is that nobody would get such a sentence anyway, the courts are simply not going to impose it.

“It’s a mistake of the Government to suggest something which is not going to happen.”

However, Mr Shapps said the public would expect strong action if lives were being put at risk by people bringing dangerous new variants into the country.

“I do think it is serious if people put others in danger by deliberately misleading and saying that you weren’t in Brazil or South Africa, or one of the red list countries,” he told BBC Breakfast.

“I think the British public would expect pretty strong action because we’re not talking now just about, ‘Oh there’s a lot of coronavirus in that country and you might bring some more of it back when we already have plenty of it here’.

“What we’re talking about now are the mutations, the variants, and that is a different matter, because we don’t want to be in a situation where we later on discover that there’s a problem with vaccines.”

In the Commons on Tuesday, Mr Hancock indicated the quarantine measures might be in place until the autumn if vaccine booster jabs are needed in response to coronavirus variants.

He told MPs that 16 hotels have been contracted to provide 4,600 rooms for the quarantine programme, which begins on Monday.

A fraction of the £10,000 lockdown fines issued last year have actually been paid with dozens more being challenged or ignored, figures suggest.

Police in England issued 196 of the fines, with two handed out in Wales, to organisers of gatherings of more than 30 people including raves, parties and protests between August and December 20.

According to snapshot figures from early January, of those 196 issued in England five had been paid, 53 were being formally contested, 42 had been ignored, and 96 still had time left to pay in the 28-day payment period.

The data from criminal records office Acro, that administers the fines, were given to the National Police Chiefs’ Council (NPCC).

Figures requested later in the month by the PA news agency from Acro under freedom of information legislation, showed that for England and Wales 76 of the 198 fines issued were being contested.

She said: “These life-changing fines are a draconian and ineffective response to the pandemic.”

Rosalind Comyn, policy and campaigns manager at Liberty, said: “The creation of £10,000 fines was completely disproportionate and only serves to punish people financially at a time of great economic uncertainty.

“For many people this fine is impossible to pay, and so this tactic just widens the number of people at risk of being criminalised.”

Human rights barrister Kirsty Brimelow QC said the penalties put people at risk of criminalisation when the original purpose of fines was to keep them out of the justice system.

“People are being set up to fail by the issuing of these notices.”

Questions were raised over the super-fines in November, when police warned the government that those who paid within 28 days could face a much larger bill than those who fought the penalty in court, where the amount paid would be means-tested.

Initially officers were told to stop issuing the penalties, but the NPCC later agreed that anyone issued with a £10,000 fine would be made fully aware of their right to fight it in court.

Senior officers are said not to be surprised that the proportion being contested is high, because of the size of the fines.

Latest figures showed that up to January 17, a total of 250 of the fines had been issued in England and Wales.

An NPCC spokesperson said: “Police use a 4Es approach of engaging with the public, explaining the rules, and encouraging compliance with them.

“Large gatherings should not be happening in the current circumstances and the regulations in place for everyone’s safety are absolutely clear on that.

“Those who organise large gatherings know they are breaking the law and putting others at risk.

“Officers will only issue a fine as a last resort, but will not waste time with endless encouragement where there is a clear and egregious breach of the rules, such as for these large gatherings.”

A Home Office spokesperson said: “The majority of the public are continuing to play their part to control this terrible virus by staying at home – it is shameful that a small minority continue to flout the law and it’s right we have a strong deterrent for those who put us at risk by ignoring the rules.

“Those who refuse to pay fixed penalty notices may face court action and a possible criminal record.

“We have given police the appropriate guidance to ensure they can charge offences correctly, and rigorously enforce the law, which is why we have made £60 million of extra funding available to police and local authorities.”

Related: The Heineken test: Is the vaccine really reaching the places that we don’t normally reach?

Man wakes up to Boris Johnson raiding his flat