The Canterbury MP reportedly has no plans to cross the floor, claiming to be "Labour through and through". 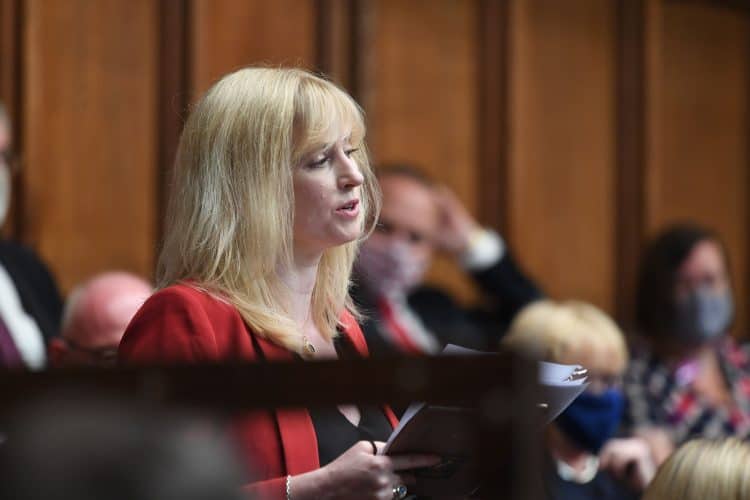 Tory whips have invited Rosie Duffield to join the Conservative party after she rowed with her party over her view on transgender rights.

The Labour MP for Canterbury has been told that the party’s door is open should she decide to cross the floor of the House of Commons, The Times reported.

But Duffield – who won her marginal constituency from the Tories in 2017 – reportedly has no plans to defect.

She said: “At times when abuse is really rife on social media we do support each other and it’s really nice to get support from all colleagues in parliament, but I’m not about to jump ship. I’m Labour through and through.”

The newspaper reported that Duffield has been offered private support by the Tories, who have backed her stance on trans issues.

‘Only women have a cervix’

Duffield has been criticised over her belief that trans women should not have access to single-sex spaces like bathrooms.

She said she has received a tide of online abuse and threats since tweeting last year that “only women have a cervix”.

Two of her staff members quit last year over her views, and she decided not to attend the party’s annual conference in Brighton last month after being advised that she might not be safe.

Instead, she hosted a rally in Brighton where she accused Labour colleagues of “chucking [her] on the railway tracks”.

The Labour leader said she was wrong to say “only women have a cervix”, calling for a “mature and respectful debate” around trans rights, as he warned that trans individuals are among the “most marginalised and abused communities”.

Sir Keir declined to call her remarks transphobic but did tell The Andrew Marr Show on BBC One: “It is something that shouldn’t be said. It is not right.

“We do everybody a disservice when we reduce what is a really important issue to these exchanges on particular things that are said.”

Sir Keir added: “We need to have a mature, respectful debate about trans rights and we need to bear in mind that the trans community are amongst the most marginalised and abused communities, and wherever we’ve got to on the law, we need to go further.”