Rishi Sunak said the deal would "upgrade the global tax system for the modern age” - but critics said it's not enough. 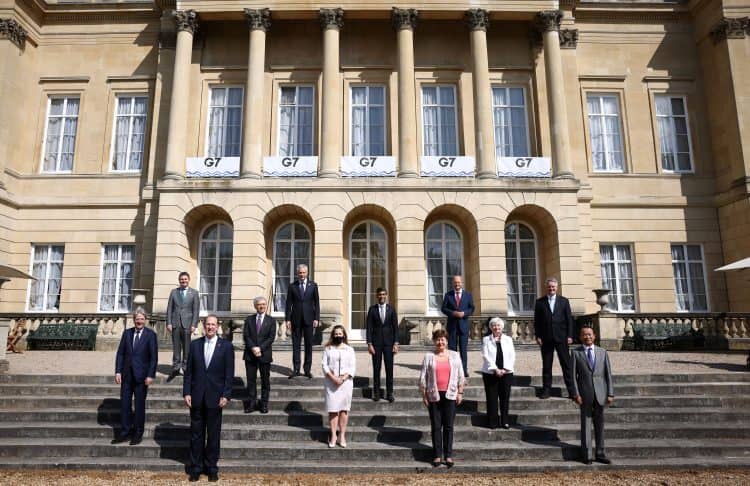 Most of the world’s nations have signed up to a groundbreaking deal to ensure big companies pay more tax.

Some 136 countries agreed to enforce a corporate tax rate of at least 15 per cent, as well as a more equitable system of taxing profits.

It follows widespread concern that multinational companies are re-routing their profits through tax havens to cut their bills.

Chancellor Rishi Sunak said the deal would “upgrade the global tax system for the modern age” – but critics said the 15 per cent rate is still too low.

“We now have a clear path to a fairer tax system, where large global players pay their fair share wherever they do business,” Sunak said.

US President Joe Biden has been one of the driving forces behind the agreement as governments around the world seek to boost revenue following the Covid-19 pandemic.

The agreement was announced by the Paris-based Organisation for Co-operation and Economic Development, which hosted the talks that led to it.

The deal is an attempt to address the ways globalisation and digitalisation have changed the world economy.

It would allow countries to tax part of the earnings of companies whose activities, such as online retailing or web advertising, do not involve a physical presence.

On Thursday, Ireland announced it would join the agreement, ditching the low-tax policy that has led companies like Google and Facebook to base their European operations there.

Although the Irish agreement was a step forward for the deal, developing countries have raised objections, and Nigeria, Kenya, Pakistan and Sri Lanka have indicated they will not sign up.

Anti-poverty and tax fairness advocates say the bulk of new revenue would go to wealthier countries and offer less to developing countries that are more dependent on corporate taxes.

The G24 group of developing countries said that without a bigger share of revenue from reallocated profits, the deal would be “suboptimal” and “not sustainable even in the short run”.

Oxfam said the rate is still too low, and would do “little or nothing to end harmful tax competition”.

The charity believes firms should pay at least 25 per cent – wherever they are based.

International executive director Gabriela Bucher said: “[The 15 per cent rate] is already being seen by some in Australia and Denmark as an excuse to lower domestic corporate tax rates, risking a new race to the bottom.”