Neil told Morgan to heed the lessons if his ill-fated stint at GB News. 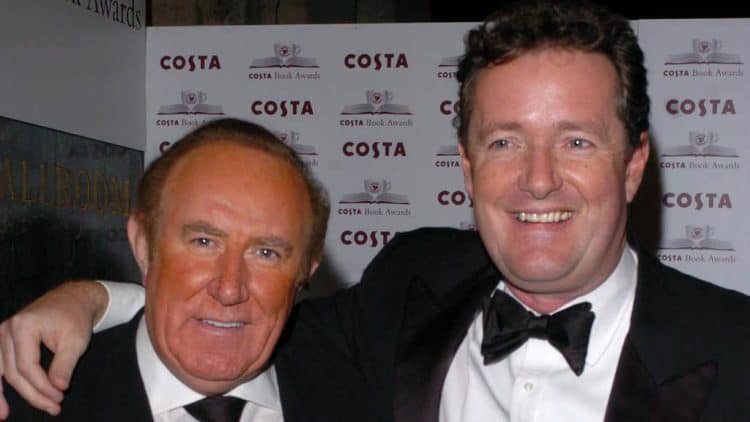 But Neil, who recently quit as chairman of GB News following an ill-fated few months with the controversial start-up channel, said Morgan would do well to heed his advice.

Speaking to the Financial Times, Neil said: “Study my career over the past eight months, and then drive in the opposite direction.

“Take the fastest car you can get. Don’t even look in the rear-view mirror, just go!”

Neil helped launch GB News in June, hosting a nightly show on the channel, before vanishing from screens after just two weeks.

The ex-BBC broadcaster then announced last month that he was stepping down – and quitting the station altogether.

In a subsequent interview with the Daily Mail, Neil claimed that working at troubled GB News brought him “close to a breakdown” and made a number of damning comments about the station’s editorial direction.

Neil said he walked away from a £4 million contract but added continuing with the channel “would have killed me”.

“It was a big decision but I frankly couldn’t care if it was £40 million,” he said.

He said: “It just got worse and worse. At one stage, we were waiting to go on air and the whole system went down. It had to be rebooted and we only managed it with 15 seconds to spare.

“That stress was just huge. It meant you couldn’t think about the journalism.

“By the end of that first week, I knew I had to get out. It was really beginning to affect my health. I wasn’t sleeping. I was waking up at two or three in the morning.”

Morgan’s new show is due to start on talkTV when Rupert Murdoch’s new channel launches in 2022. As part of his mega-deal with News Corp, Morgan will also write a column for The Sun and the New York Post.

He said at the time of the announcement: “I want my global show to be a fearless forum for lively debate and agenda-setting interviews, and a place that celebrates the right of everyone to have an opinion, and for those opinions to be vigorously examined and challenged.”