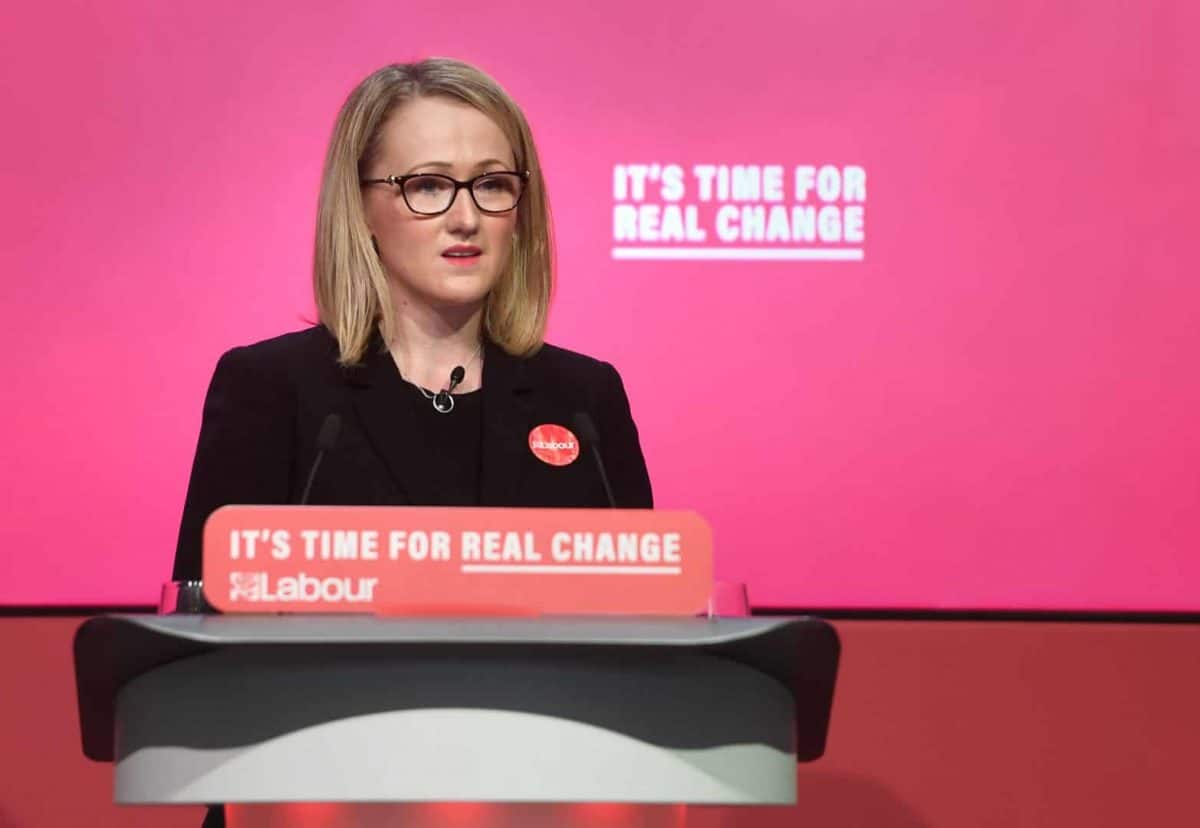 Three more candidates have reached the number of nominations from MPs and MEPs required to pass through the first round of the Labour leadership contest, the party has confirmed.

Shadow business secretary Rebecca Long-Bailey, Lisa Nandy and Jess Phillips all secured the 22 backers required to continue in the competition.

They join shadow Brexit secretary Sir Keir Starmer, who was the first this week to bank the required number of supporters.

Wigan MP Ms Nandy, who is said to have impressed at a hustings in front of MPs this week, said she was “proud” to have reached the threshold.

“I am so proud to have been nominated by a group of MPs representing different parts of the country and different traditions in our movement,” said Ms Nandy.

“It gives us the best possible mandate to go out and make our case to members that the Labour Party can pull together to give our country the radical, dynamic, compassionate Labour government the country deserves.”

Sir Keir stretched his lead over the course of 24 hours by securing 59 signatories – up from 41 on Wednesday.

Lagging behind are shadow foreign secretary Emily Thornberry, who has seven supporters, and shadow Treasury minister Clive Lewis with four.

The Brent North MP said on Thursday that he was “considering” making a pitch to succeed Mr Corbyn but he conceded later in the day, having spoken with MPs, that he did not have the required support.

“I am now clear that at this late stage I cannot secure sufficient nominations to proceed to the next round,” he said in a statement.

Nominations from members of the Parliamentary Labour Party (PLP) close on Monday.

Candidates who reach the magic number of 22 – 10% of Labour MPs and MEPs in the PLP, who total 212 – will then need to secure the backing of 5% of constituency Labour branches or at least three affiliate groups, two of which must be made up of trade unions.

He said Labour needed to regain the trust of voters after its “devastating” defeat in December, as he visited the headquarters of Unison in London.

“Divided parties don’t win elections, united parties win elections. I want to be able to pull our party together so we are all in one team batting together,” said the shadow cabinet member.

Those who are successful in the second stage will then get their names on the final ballot paper that goes out to members, with a new leader due to be announced at a special conference on April 4.

After Ms Long-Bailey gave Mr Corbyn a 10 out of 10 score for his leadership, Ms Thornberry gave him a zero rating for his electoral performance

She gave him no more than a two out of 10 rating for tackling anti-Semitism, but top marks for his ability to enthuse the Labour movement.

“Losing an election is probably the most important thing by which you would measure a leader and obviously we lost very, very badly,” she told Sky News.

In the deputy leader contest, shadow education secretary Angela Rayner continues to be out in front with 71 nominations – an increase on 45.

Ian Murray, Labour’s only Scottish MP, has passed the second round with 29 backers.

Shadow justice secretary Richard Burgon has 18 supporters, shadow sports minister Rosena Allin-Khan is on 16, shadow equalities secretary Dawn Butler has 14 and Khalid Mahmood confirmed he has pulled out of the race, having previously had two nominations.