“Tuck your feet into the straps and hold on tight,” Debbie instructs in a headteacher-like tone. Skipper Rob then pushes the throttle forward and we accelerate towards a barrage of crashing waves. The first breaker launches me up into the air. My curled-up toes and knuckles, now deathly white, grip for dear life as my backside […] 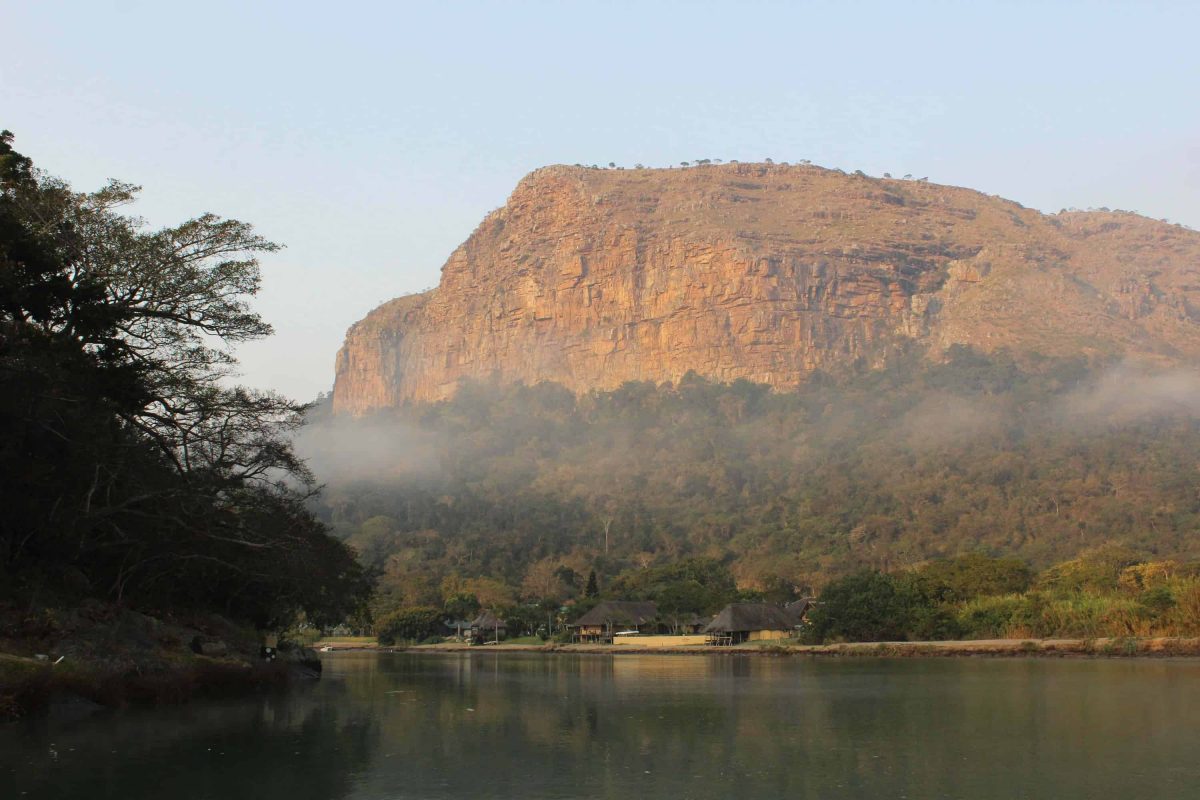 “Tuck your feet into the straps and hold on tight,” Debbie instructs in a headteacher-like tone. Skipper Rob then pushes the throttle forward and we accelerate towards a barrage of crashing waves. The first breaker launches me up into the air. My curled-up toes and knuckles, now deathly white, grip for dear life as my backside slams down onto the inflatable rib. Rob’s earlier words run through my mind, “If you go overboard, I can’t stop…”

Seconds later I’m airborne again, then again, and again. I’m tossed around like a mouse on a trampoline with an elephant for what feels like half an hour, but is probably no longer than a few minutes. Then, suddenly, the engine falls eerily silent.

“That was pretty easy,” skipper Rob says nonchalantly. Rob couldn’t be anything but a seaman. With a tanned face, weathered from decades of exposure to the sun, and seawater; a grey bobbly beard and piercing blue eyes, he looks like Captain Birdseye and the Marlboro Man’s lovechild.

“Sometimes, especially when the waves break close to the shore, it can take an hour for us to get out,”  he explains.

We’ve just started our sea safari off South Africa’s Wild Coast in the less-explored Eastern Cape region, and my face is already paper white following my first river launch. Somehow, though, I manage an appreciative grin before Rob starts up the engine once again.

Moments later, Rob’s partner, Debbie, a calm lady with wavy, blonde hair and red cheeks, who hides behind a cap, sunglasses and a snood, points out some activity and we speed towards it. A company of gannets swirl above our heads as the water ripples beside us. “There’s a dolphin!” one of the group calls out. “And another!” she says again excitedly.

At this point, there’s no spotter’s badge for pointing out wildlife – we’re surrounded. Rob explains that we’re in the middle of what is known as a ‘popcorn’ – a spectacle whereby gannets hover in the sky then furiously dive for fish in almost perfect harmony.  Meanwhile, below the surface, dolphins are circling around the fish to create a current, or a bubble wall, forcing them up towards the surface.

“People get excited by the dolphins and whales, but these birds are just amazing hunters,” Debbie explains.

She’s not wrong. Cape gannets can hit the water at speeds of up to 100km an hour, dive as deep as 20-30 metres, and devour their targets before they’ve even come up for air. A puzzling prospect to a man who can barely type on his laptop, and talk on the phone at the same time.

As we watch as nature’s matinée, I realise one bird has been flying alongside us since we got out to sea. I ask Rob why the cat-sized grey beast is following us around. “Watch this”,  he says, reaching for a crisp. He takes one out of the bag, extends his arm and holds it still in the air, like a linesman with an offside flag. Then he waits.

At this point the gannet is stalking the boat about ten metres away. Rob lets out a few whistles to alert him. The bird then locks eyes on the snack, flaps its impressive wings, and speeds up. Slapping my head on the way, it reaches Rob in no time at all, then delicately takes the chip from his hand then veers off, presumably for a breather.

Before I get the chance to ask Rob how long it took him to train his talented feathered friend, a whale breaches around 100 metres away as common dolphins sew their way across the surface of the ocean in front of us. The odd pup porpoises against a jagged, untamed coastline, which is not dissimilar to something you’d see on Jurassic Park. Above, the pastel blue sky is scattered with white smudges that surge towards the ocean like shooting stars. It’s like being in the middle of a David Attenborough documentary.

“Just up the coast there, is where they filmed Blue Planet II. You know the scene with the surfing dolphins? Well, these could actually be the same family.”

Rob is referring to a scene in David Attenborough’s hangover-easing nature documentary series that features a pod of dolphins surfing in the waves during golden hour. It feels surreal that we’re now amongst these beautiful creatures, which stalk us all the way along the coast as we head back to dry land.

As we near the shore, close to where we launched a few hours earlier, there’s a buzz amongst the group who feel as if they’ve witnessed something spectacular. Yet Rob is silent. He stands gazing out towards the land. His eyes scan for small breaks in the waves. He’s deep in contemplation and looks like a doctor trying to analyse an X-Ray. “Hold on tight, it’s going to be a bumpy ride” he says, before firing us towards the river mouth. I brace myself, once again, as we advance towards the shallows.

Seconds later, there’s a loud thud and the boat suddenly stops catapulting us forward like crash dummies on speed safety video. We’re planted in the shallows because the tide is low and floods during winter have raised the riverbanks. Our sea safari ends with us wading through hip-deep icy water trying to push off our boat. “What can I say? This is a real African adventure,” Debbie explains with an uneasy smile.

For information on sea safari’s on the Wild Coast, visit www.offshoreportstjohns.com