“The ERG – and this cannot be stressed enough – voted for this.” 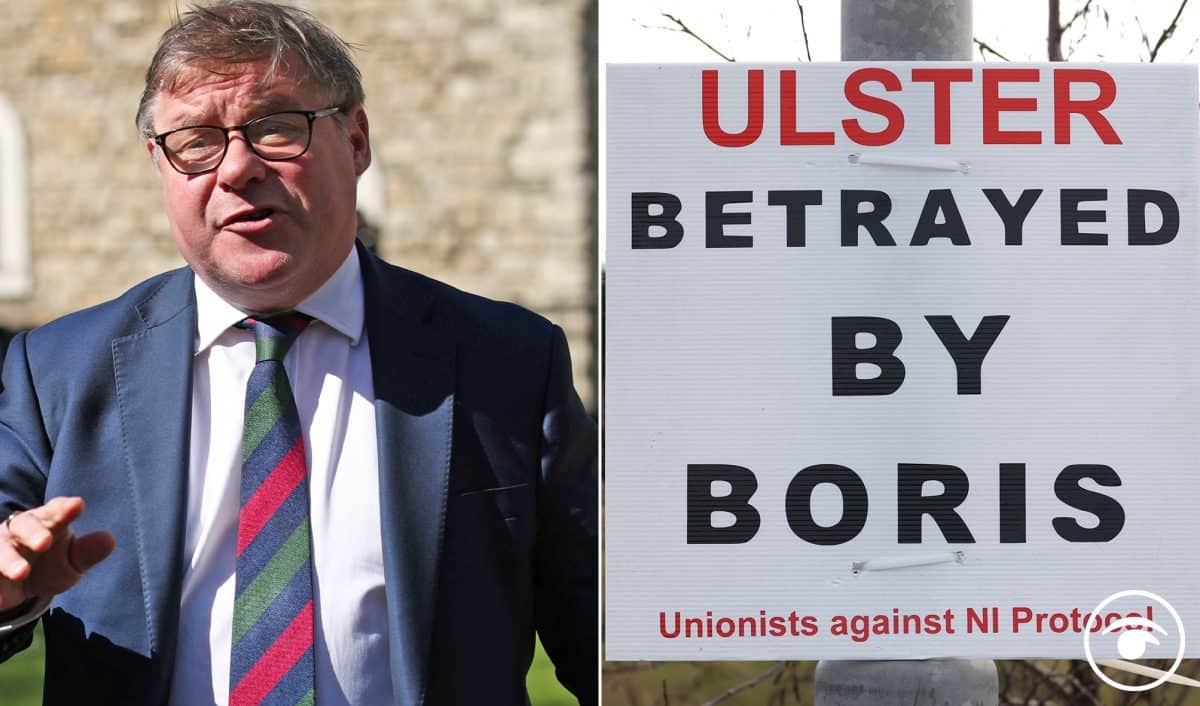 Tory Brexiteers have called on Boris Johnson to scrap the arrangements for Northern Ireland which he agreed with Brussels.

The European Research Group (ERG) has published a report which concluded the Northern Ireland Protocol had a “profound and negative effect”.

The protocol was designed by the EU and UK to avoid a hard border on the island of Ireland.

It achieves this by effectively creating a regulatory and customs border in the Irish Sea, with goods imported into Northern Ireland from the rest of the UK subject to a range of new processes.

This has caused some disruption to trade since it came into effect on December 31, and those difficulties could intensify significantly on April 1 when a grace period currently limiting the bureaucracy applied to imported supermarket goods ends.

The ERG report said the European Union’s “bungled” attempt to suspend parts of the agreement during a row over coronavirus vaccine supplies in January – a move which was hastily abandoned by Brussels – created a “unique political opportunity” to renegotiate the deal.

The document said the UK Government should tell Brussels that it intends to pass a new law to “redress the trade diversion and societal pressures” created by the protocol.

Mr Johnson should make a “generous offer” to help meet the concerns of the EU around the Ireland-Northern Ireland border, suggesting “mutual enforcement” would ensure exporters abide by the rules on the other side of the frontier.

That would mean a reciprocal guarantee by each party that it will prevent the export of goods that do not meet the other side’s regulatory requirements.

ERG chairman Mark Francois said: “We will no doubt be told that the EU will never renegotiate the protocol – just as we were repeatedly assured they would never reopen the Withdrawal Agreement, or indeed abandon the dreaded ‘backstop’, which the protocol eventually replaced when they subsequently did both.”

He said the protocol has to go or “we will not let matters rest there”.

The Democratic Unionist Party has already demanded the scrapping of the protocol.

Following a meeting of the UK/EU Joint Committee overseeing the mechanism on Wednesday, First Minister Arlene Foster said the protocol had “completely ruptured the flow of goods from Great Britain to Northern Ireland”.

She called for the UK to take unilateral action, saying Mr Johnson’s Government should “step up and protect the United Kingdom internal market”.

In a joint statement after the virtual meeting on Wednesday, Cabinet Office minister Michael Gove and European Commission vice president Maros Sefcovic said both sides committed to the “proper implementation” of the protocol.

“The ERG – and this cannot be stressed enough – voted for this,” she said.

“This was the deal they demanded, for the Brexit they chose.

“Now they would rather tear things down, and provoke further instability, than show even a hint of responsibility.”