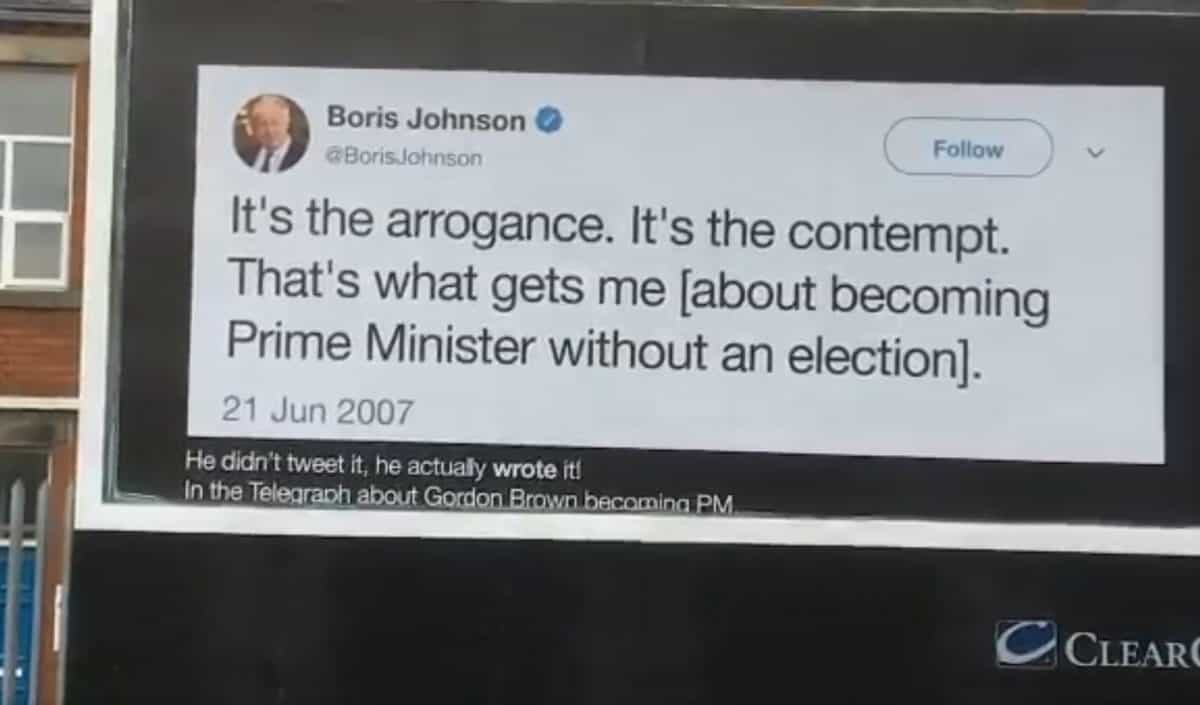 Especially if you have ambitions of becoming Prime Minister.

We’ve already reported the shameful words that should haunt Tory leadership contender Boris Johnson from his tenure editing The Spectator where he wrote about Uganda, that without the bnenefits of colonialism “the natives would rely on nothing but the instant carbohydrate gratification of the plantain.”

More egregiously still, he added: “The problem is not that we were once in charge, but that we are not in charge any more.” He accused Nelson Mandela of moving Africa towards a “tyranny of black majority rule.” And he also used his column in the Spectator to claim that the Stephen Lawrence inquiry was a “witch-hunt” against the police.

Liverpool FC legend Jamie Carragher recently said that if he becomes PM, Johnson would not be welcome in Liverpool as the city is still disgusted by an editorial column in 2004, in which the Spectator argued that the murder of Kenneth Bigley by terrorists in Iraq, was down to him being from Liverpool and blamed the victims of the football disaster for their own fate.

The editorial, which Johnson denied penning himself when editor, accused Liverpool of “an excessive predilection for welfarism have created a peculiar, and deeply unattractive, psyche among many Liverpudlians.

“They see themselves whenever possible as victims, and resent their victim status; yet at the same time they wallow in it. Part of this flawed psychological state is…” well you get the general drift.

It’s a column Johnson penned for the Telegraph, where he has spread inaccurate nonsense about the EU and compared Muslim women to letterboxes to justify his £250K a year salary that he is being reminded of today.

Crowdfunded hypocrisy billboard campaign Led By Donkeys today accused the front runner for next Tory leader of “thermonuclear hypocrisy” and asked any interviewer talking to Boris Johnson to ask him about a column penned when Gordon Brown was to succeed Tony Blair as Labour leader and Prime Minister.

“It’s the arrogance. It’s the contempt. That’s what gets me. It’s Gordon Brown’s apparent belief that he can just trample on the democratic will of the British people. It’s at moments like this that I think the political world has gone mad, and I am alone in detecting the gigantic fraud,” said Boris Johnson’s eloquent plea, complaining about the next PM not being decision to be put to the people.

This is the same Boris Johnson who jumped onto the Brexit bandwagon and is now championing an October exit from the EU even if that means the economic suffering of a no-deal Brexit – which only a small minority of the public and MPs would now want as fulfilling “the will of the people.”

For Johnson to now become PM with the votes of just 130,000 Tory members, whose ranks have been swelled by UKip members and other Brexit ultras – would indeed be breath-taking hypocrisy.