The Trump administration sought on Wednesday to win support for an economic plan it says will be a foundation for Israeli-Palestinian peace but which Palestinians and many other Arabs dismiss as pointless without a political solution to the decades-old conflict. U.S. President Donald Trump’s senior adviser and son-in-law Jared Kushner opened a international meeting in […] 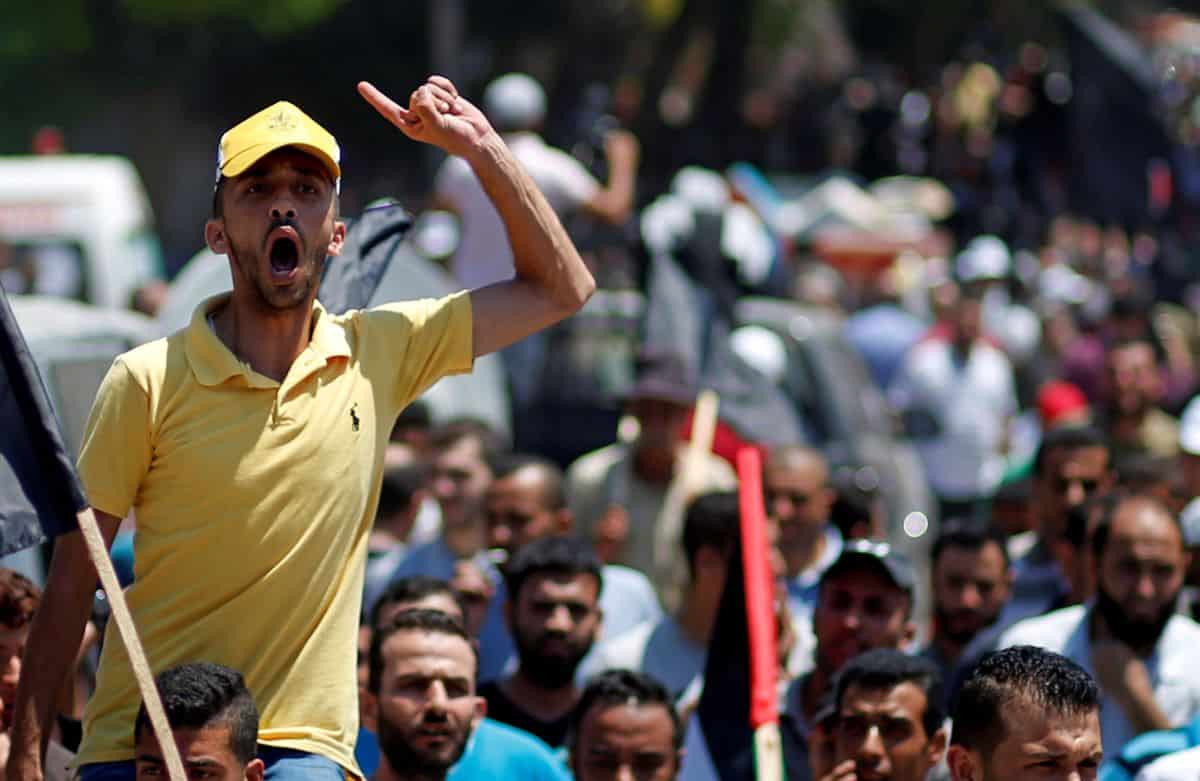 The Trump administration sought on Wednesday to win support for an economic plan it says will be a foundation for Israeli-Palestinian peace but which Palestinians and many other Arabs dismiss as pointless without a political solution to the decades-old conflict.

U.S. President Donald Trump’s senior adviser and son-in-law Jared Kushner opened a international meeting in Bahrain on Tuesday evening by urging Palestinians, whose leadership is boycotting the event, to think outside the “traditional box” for an economic pathway that he said was a precondition for peace.

International Monetary Fund managing director, Christine Lagarde, told the first panel session that the Fund’s experience in conflict-riven countries around the world showed it can be a struggle to generate economic growth in such an environment.

Neither the Israeli nor Palestinian governments are attending the event. Israeli Prime Minister Benjamin Netanyahu, a close Trump ally, said Israel was open to the proposal.

In Gaza on Tuesday, the Islamist group Hamas and its rival Fatah movement of President Mahmoud Abbas convened a gathering of leaders and activists in a rare show of unity to voice their rejection of the Manama conference.

Hamas chief Ismail Haniyeh criticised Arab states participating in the workshop, which 300 delegates are attending including Israeli and Palestinian businessmen.

The conference aimed to finish off the Palestinian cause under the cover of economic and financial benefits, he said.

“The (Palestinian) people, who have been fighting for one hundred years, did not commission anyone to concede or to bargain. Jerusalem is ours, the land is ours, and everything is ours,” Haniyeh said.

Although U.S. allies Saudi Arabia and the United Arab Emirates discreetly support the plan, several Arab states, such as Lebanon, have stayed away while others including Jordan and Egypt, the two Arab nations that have reached peace with Israel, have sent deputy ministers.

The presence of Sunni Muslim Gulf states in Manama showed they want to encourage closer ties to Israelis – with whom they share a common foe in Shi’ite Iran – that have largely been under the table, said David Makovsky, a U.S.-based Middle East expert attending the event.

“(But) it’s clear they won’t bypass the Palestinians and do anything they don’t want,” he told Reuters.

Saudi minister of state Mohammed Al-Sheikh told the panel that Kushner’s plan was bolstered by inclusion of the private sector as a similar proposal, relying heavily on state funding, had been attempted during the Oslo interim peace deals of the 1990s that eventually collapsed.

“While I accept that peace is essential, back then it was the hope of peace that got them actually excited and moving,” Al-Sheikh said.

But the “economy first” approach toward reviving the moribund peace process could be a hard sell as the political details of the plan, almost two years in the making, remain secret.

On Tuesday Riyadh reiterated that any peace deal should be based on a Saudi-led Arab peace initiative that calls for a Palestinian state drawn along borders which predate Israel’s capture of territory in the 1967 Middle East war, as well as a capital in East Jerusalem and refugees’ right of return – points rejected by Israel.

Kushner said on Monday the plan would not adhere to the Arab initiative.

It is not clear whether the Trump team plans to abandon the “two-state solution”, which involves creation of an independent Palestinian state living side-by-side with Israel.

The United Nations and most countries back the two-state solution, which has underpinned every peace plan for decades, but Trump’s team has consistently refused to commit to it.

Any solution must settle long-standing issues such as the status of Jerusalem, mutually agreed borders, Israel’s security concerns, Palestinian demands for statehood, and the fate of Israel’s settlements and military presence in territory where Palestinians want to build that state.

Palestinian leaders are refusing to engage with the White House, accusing it of pro-Israel bias. Breaking with the international consensus, Trump in 2017 recognised Jerusalem as Israel’s capital, infuriating the Palestinians and other Arabs.

ACROSS THE GREAT DIVIDE

The IMF says unemployment stands at 30% in the West Bank and 50% in Gaza, the economy of which has suffered years of Israeli and Egyptian blockades as well as recent foreign aid cuts and sanctions by the Palestinian Authority, Hamas’ rival in the Israeli-occupied West bank.

Among the 179 proposed infrastructure and business projects is a $5 billion transportation corridor to connect the West Bank and Gaza, according to documents reviewed by Reuters. Some of them have been floated before and stalled for lack of underlying political or security agreements.

“The economic vision has to be linked to resolving the entire conflict, and this doesn’t bring the Israelis and Palestinians any closer together. So I’m not optimistic this plan can materialize anytime soon,” Makovsky said.

Even at a break between sessions in Bahrain, differences between the two sides of the Israeli-Arab divide could be seen.

Israeli businessman Shlomi Fogel was in conversation with a UAE businesswoman. Asked for their views on Kushner’s approach of tackling economic issues first, Fogel said: “If we wait for the politicians, it will take forever. We could do parts of this economic plan with the right support.”

The Dubai-based businesswoman suggested, however, that the plan was too ambitious to be put into effect anytime soon.

“There were efforts like Oslo that didn’t work out – and that was because of the Israelis,” she said. “You can’t assume the economics will work if the politics don’t move.”