The anti-Brexit campaigner asked for help with a four-letter word starting with S and ending with T for his morning crossword. 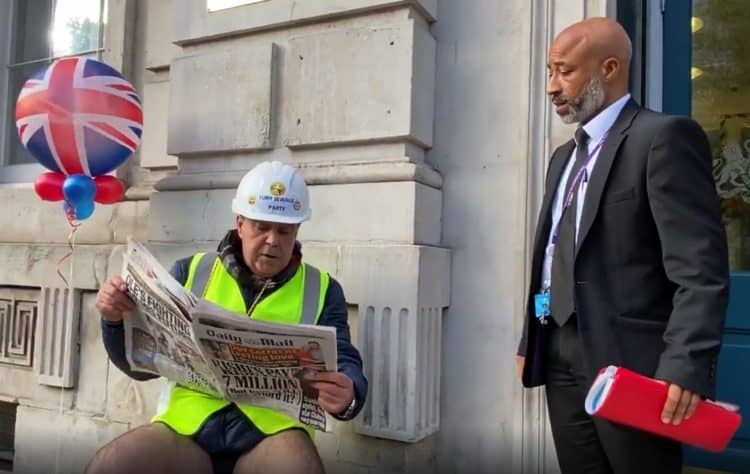 Steve Bray staged a rather unusual protest this morning as he campaigned against the recent sewage-gate scandal.

The ‘Stop Brexit’ man was filmed sitting on a toilet outside the Cabinet Office doing the morning crossword.

As staff tried to remove him he asked for help with a four-letter word starting with S and ending with T.

The protest was staged after Tory politicians voted against placing a legal duty on water companies to reduce raw sewage discharges into rivers.

Last Wednesday MPs debated the environment bill after clean water campaigners urged them to back a key amendment on sewage that had been agreed in the House of Lords.

The bill will govern environmental policy, from rivers to air, after Britain’s departure from the EU, but efforts to include a duty on water companies to tackle sewage pollution was shunned by The Conservatives.

#TurdReich trended on Twitter in the aftermath of the vote, with one person pointing out that this was definitely not printed on the side of a bus.

Watch Bray’s protest in full below: