Downing Street reportedly wants to join a regional trade deal between the US, Mexico and Canada. 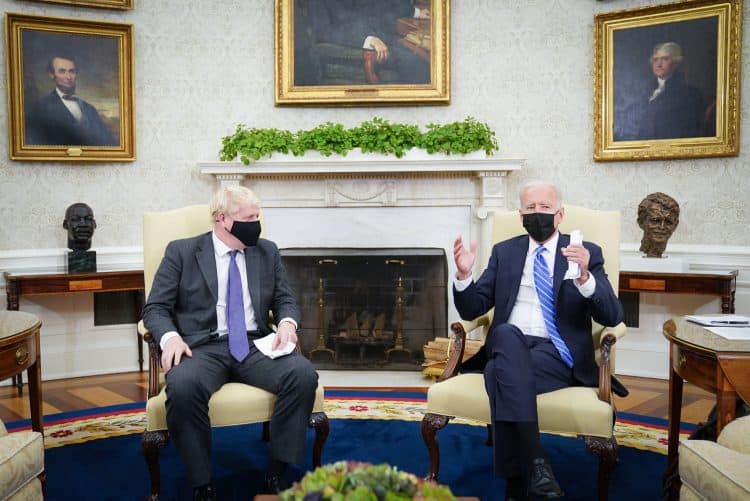 The UK wants to join a regional trade agreement between the US, Mexico and Canada as hopes of a post-Brexit trade deal with Washington fade.

The USMCA pact was signed by Donald Trump, then US president, last year – after a lengthy renegotiation of the existing NAFTA deal between the three neighbours.

The deal tightened environmental and labour standards and included strict rules of origin requirements for the automative industry.

“There are a variety of different ways to do this,” one said. “The question is whether the US administration is ready. The ball is in the US’s court. It takes two to tango.”

But trade experts questioned whether it was realistic for the UK to join the agreement, asking whether the price of entry would be worth paying.

Dmitry Grozoubinski, a trade consultant who is visiting professor at the University of Strathclyde, said the US, Mexico and Canada would essentially be able to name their price for joining the regional pact.

“It’s certainly ambitious,” he told the Financial Times, “And it’s also not clear how this would resolve the fundamental challenges to a US-UK free trade deal, which is firstly that the US has no appetite for it and, secondly, there remain significant areas, like agrifood standards, on which the two sides fundamentally disagree.”

And trade expert Anna Jerzewska added on Twitter: “This is a joke, right? Is the UK literally going round looking for regional groupings to join? Other people’s regional groupings… in regions that it’s not part of…”

Downing Street said brokering a comprehensive deal with the White House remains “the priority” but did not rule out joining other pacts as a backup.

‘Back of the queue’

Biden yesterday downplayed prospects of brokering a post-Brexit trade deal with Johnson, as ministers resorted to considering downgrading their efforts to join an existing pact.

He did not counter the assertion from his predecessor Barack Obama’s that Britain would be at the “back of the queue” for a post-Brexit free trade agreement.

Sitting next to Johnson in the Oval Office, the US President told reporters: “We’re going to talk a little bit about trade today and we’re going to have to work that through.”

Earlier in the day, Johnson was unable to commit to securing the deal – touted as a prize of Brexit by Leave supporters during the EU referendum – before the next election.

But in one possible boost to trans-Atlantic trade, Biden said they are “going to be working on lamb” – with imports currently banned from Britain.

Johnson had earlier told reporters in Manhattan there were “plenty of reason to be optimistic” about getting the free trade agreement with the US.

But the Vote Leave figurehead downplayed the prospects of brokering a trade deal by the next election, raising the possibility that he could leave Downing Street without achieving a key ambition for the post-Brexit era.

His concession came after suggesting trade negotiations are not a priority for Biden, who he accepted has “a lot of fish to fry”.

Asked if he would get the deal by 2024, the prime minister told Sky News: “We will keep going with free trade deals around the world including in the United States.

“I have plenty of reason to be optimistic about that. But the Americans do negotiate very hard.”

Bullying and harassment in NHS ‘could be costing billions’