One of the world's largest arms fairs descends on London next month. As the saying goes, there is no war without winners. 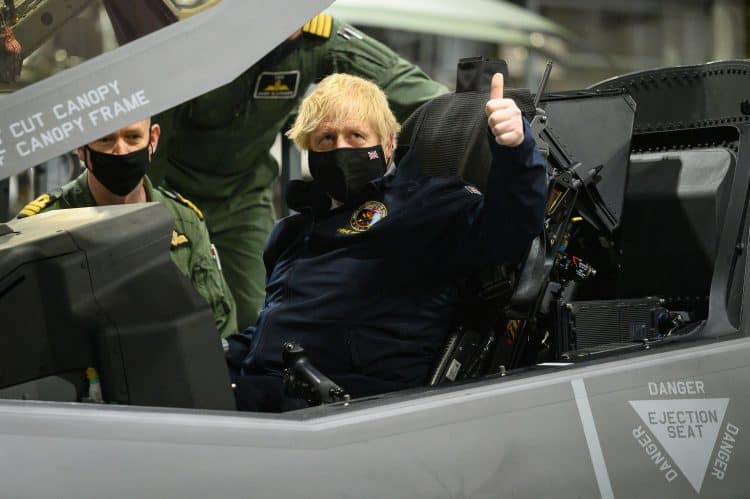 The last US military flight has finally left Kabul airport, marking the end of the country’s 20-year presence in Afghanistan and the end of its longest war – for Americans, anyway.

Officials said the last C17 aircraft took off, with the US ambassador onboard, after midnight local time on Tuesday – a day before Joe Biden’s deadline for ending America’s presence in the war-torn country.

Celebratory Taliban gunfire was heard across Kabul after the last plane left, marking the turbulent end of a military campaign which had begun to root the now-ascendant Islamist militants out of Afghanistan in 2001.

Speaking after the announcement, Anthony Blinken – US Secretary of State – called the evacuation a “massive military, diplomatic and humanitarian undertaking” and one of the most difficult the US has ever carried out.

“A new chapter has begun,” he said. “The military mission is over. A new diplomatic mission has begun.”

No war without winners

With nearly 3,000 British and American soldiers killed in Afghanistan – alongside close to 50,000 Afghan civilians – the West’s exploits in Afghanistan have lately come to be seen as a war without winners.

But, as far as bottom lines go, that’s not entirely true. The world’s biggest arms makers profited handsomely from the war in Afghanistan – in 2007, BAE Systems celebrated sharp profits as a result of the “high tempo” of the coalition’s fighting in the Middle East.

In the US, home to five of the world’s 10 largest defence contractors, military expenditure spiked by $9.6 billion in 2017 – the first year of Donald Trump’s presidency.

Lockheed Martin – the largest defence contractor on the planet – is estimated to have made $44.9 billion in 2017 alone. Its clients included Saudi Arabia, which has undertaken a ruthless bombing campaign in Yemen.

Closer to home, Defence Secretary Ben Wallace – lauded by some for his handling of the UK’s withdrawal from Afghanistan – formerly served as a director of QinetiQ, another arms company whose share prices soared after winning contracts to supply weapons for the war.

And the Taliban’s victory this month shows little sign of slowing the arms trade down. In fact, they’re all meeting in London next month.

From 14-17 September, one of the world’s largest arms fairs is taking place in London’s Docklands, with at least 1,700 companies flogging their wares.

The Defence Security and Equipment International (DSEI) fair, which sells everything from tanks to sniper rifles, will host some 30,000 attendees – with invitations extended to governments and militaries across the world.

‘Completely against our values’

DSEI will not take place without criticism, however. Sadiq Khan last week told the organisers of the arms fair to “reconsider” their event – and not come back to the city.

In letters first reported by The Independent, the London mayor said the fair’s presence in the city was insulting to people who had escaped persecution and made the capital their home.

Khan argued that the capital was “home to many people who have fled conflict and suffered as a consequence” of weapons “like those exhibited at DSEI”.

“For it to be used as a marketplace for those who wish to trade in weapons to some countries that contribute to human rights abuses goes completely against our values.”

Around two-thirds of countries classified as “not free” because of their human rights records received weapons licensed by the UK government in the last decade alone, according to the Campaign Against Arms Trade – with DSEI a major selling opportunity.

The DSEI arms fair has no place in our city.

For London to be used as a marketplace for those wishing to trade in weapons to countries that abuse the human rights of their citizens goes completely against our values.@StopTheArmsFair @CAATuk https://t.co/Pi6fcV6eOe