“Are you the guys who have been inundated with all the emails from everywhere in the world saying, ‘please help my son, mother in Afghanistan?’" 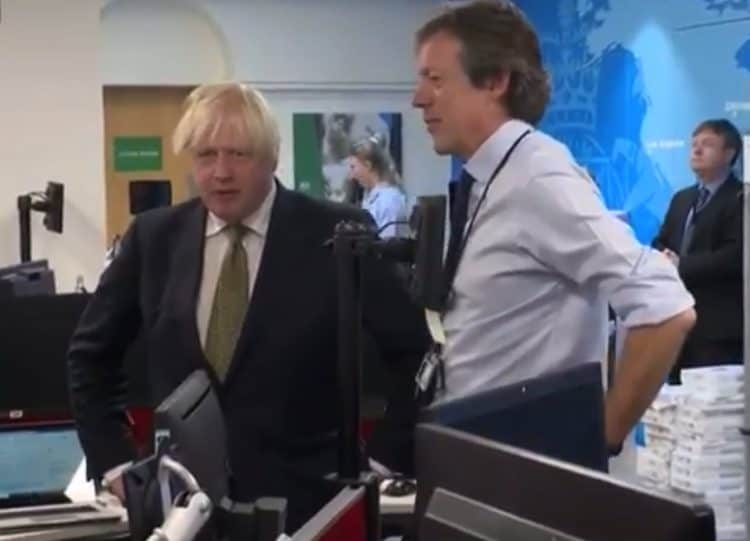 Boris Johnson was caught in a ‘Thick Of It’ moment on a visit to an Afghanistan crisis centre this week.

The prime minister waded in as the final flights left Kabul amid a desperate evacuation effort.

Johnson and Dominic Raab, the foreign secretary, visited the centre just days after an ISIS terror attack hit Kabul Airport, with British officials continuing to evacuate civilians and personnel out of a country now under control of the Taliban.

In a clip shared by BBC Newsnight, Johnson can be seen asking those in the room: “Are you the guys who have been inundated with all the emails from everywhere in the world saying, ‘please help my son, mother in Afghanistan?’

In response, the foreign secretary said: “Do we know if the crowd has thinned out yet because of the terrorist attack? I thought it was extraordinary that they all stayed.”

“I think there are still people who are trying to get in, but a lot of them have dispersed, or gone back home because of our advice to them,” the woman responded.

The pair’s interactions at the crisis centre have since been criticised and ridiculed online, with Twitter users describing their demeanour as “astonishing” and “shockingly blasé”: