"What would you say if I sent an ambulance to save my dog rather than your mother?", he said. 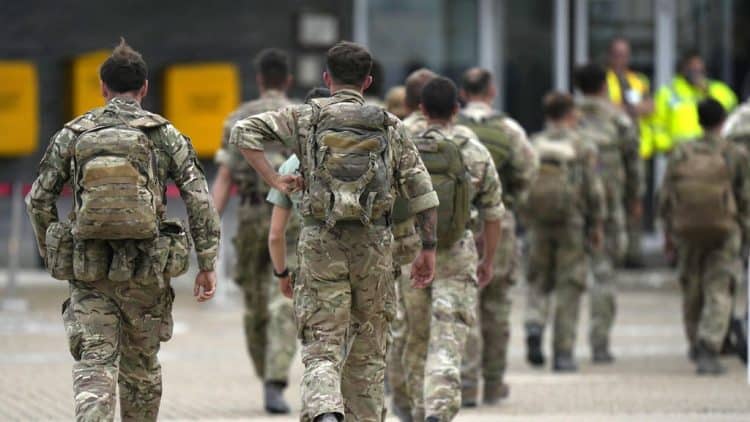 Speaking to LBC on Saturday, the MP for Tonbridge and Malling and former British Army officer questioned whether it was appropriate to direct resources to Pen Farthing, a former Royal Marines commando and founder of Kabul animal rescue centre Nowzad and hundreds of his animals on a plane while humans are left in Afghanistan.

In a sobering reflection, Mr Tugendhat told how one interpreter asked “why is my five-year-old worth less than your dog?” before questioning host Matt Frei on how he would feel if an ambulance was sent to rescue a dog and not his mother.

Matt Frei asked the MP if Mr Farthing’s flight was “the right thing or the wrong thing to do”.

“There is quite a lot of space on the aeroplanes, they are coming and going relatively easily.

“The difficulty is getting people into and out of the airport and we have just used a lot of troops to bring in 200 dogs.

“Meanwhile my interpreter’s family are likely to be killed.”

He added how another interpreter asked him why his five-year-old child is “worth less than your dog”.

“I didn’t have an answer, what would your answer be?” he said.

Mr Tugendhat went on to suggest that the resources used to help Mr Farthing and his animals could have been used elsewhere as he went on to compare the situation to a medical emergency.

He said: “We run an NHS in the United Kingdom that taxes us all about one in every seven pounds we spend.

“What would you say if I sent an ambulance to save my dog rather than to save your mother?”

'What would you say if I sent an ambulance to save my dog rather than your mother?'