It comes as the paper runs diametrically opposed front pages in Scotland and England. 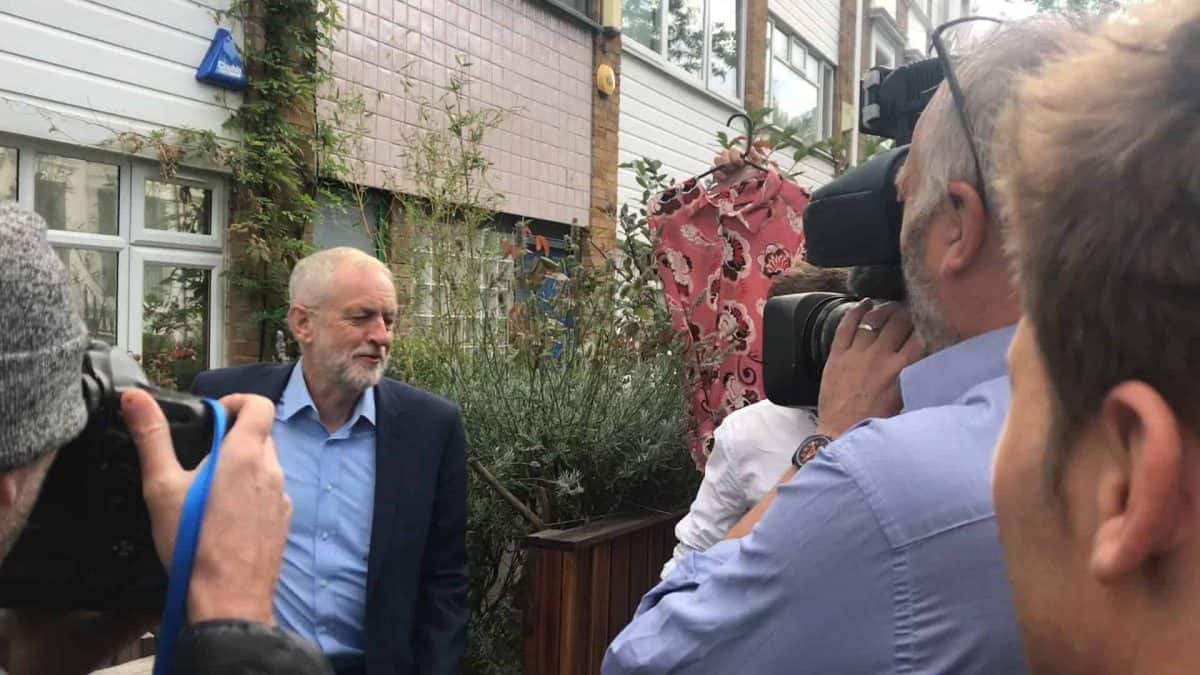 Jeremy Corbyn was presented with a “big girl’s blouse” as he left his home on Thursday morning after remarks by Boris Johnson.

A reporter from The Sun was waiting outside the Labour leader’s home in Islington, north London, to give him the pink patterned Marks & Spencer shirt.

It comes as The Sun ran diametrically opposed front pages in Scotland and England in today’s first edition.

In England a picture of the Labour leader as a chicken dominated page one, whereas in Scotland they ran:

“Floppy Johnson can’t get an election”.

Observe the different treatment of yesterday's events in the Sun in England and the Scottish Sun. pic.twitter.com/TnkzO7ZUKg