After saving the man, the three then continued to finish the 55 mile race raising funds for their hospital. 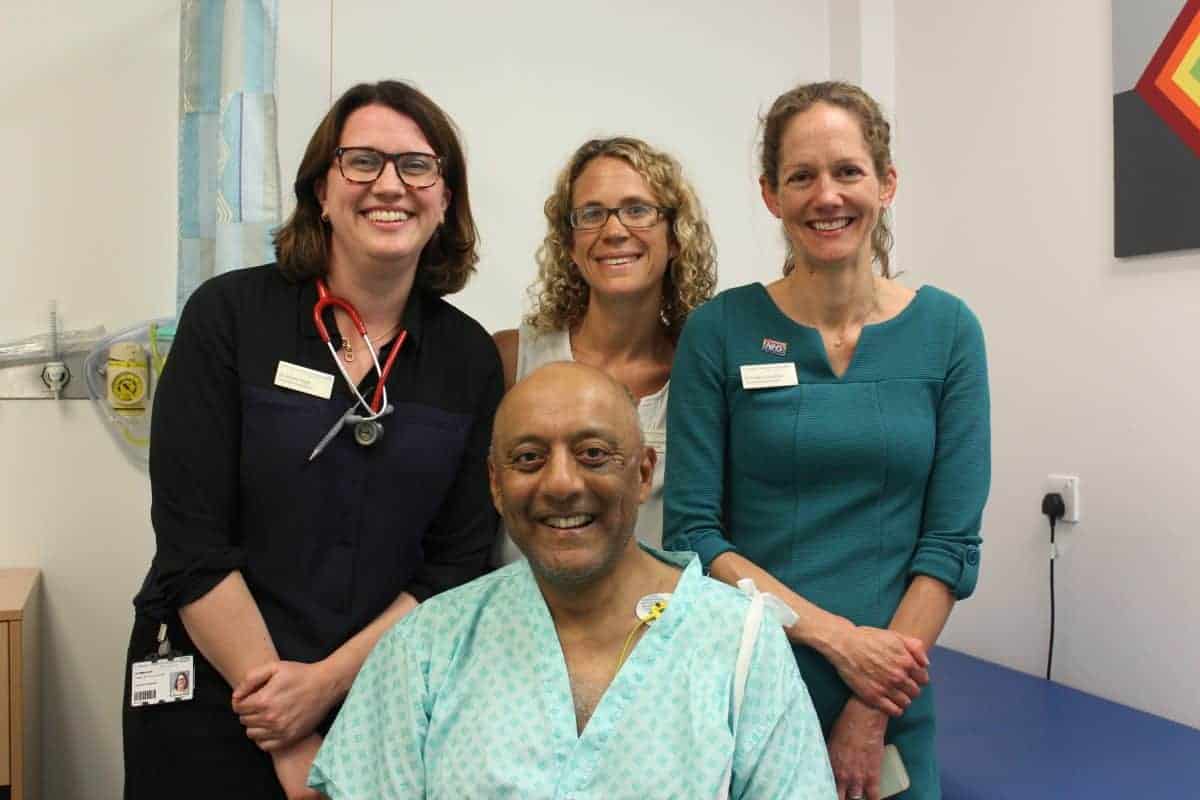 A cyclist had an amazing stroke of luck when he suffered a heart attack on a charity bike ride – right in front of three off-duty doctors also taking part.

The three adminstered CPR, mouth to mouth and defibrillator shocks, saving the life of Ajit Chudasama, before getting back on their bikes and cycling the rest of the 55 mile London to Brighton race to raise funds for their hospital.

Dr Morwenna Hodin, Dr Emma Sage and Dr Sophie Vaughan were eight miles in to the charity race on September 15 when they saw Mr Chudasama collapsing from a heart attack while going up a hill in Carshalton.

Thankfully the trio, who are all paediatric consultants swung into action, working on him whilst the ambulance was on its way before he was stabilised and transferred to hospital by air ambulance.

Mr Chudasama from Croydon, had no history of heart problems, and said he had been comfortably cycling between 50 and 60 miles to prepare for the ride to Brighton.

He was fundraising for Cancer Research UK, in memory of his mum.

Ajit said: “I remember cycling from Clapham to Balham but nothing after that. I collapsed on Park Hill in Carshalton.

“The next thing I remember was waking up in St George’s ICU.

“The three consultants who stopped to help came back to St George’s to see me after they had finished the ride, and then again once I’d woken up.

“Without them I don’t think I would be here now. I’m very lucky. It restores your faith in human nature when people stop to help a complete stranger.

“If my health allows, I hope to do it again next year to raise money for St. George’s Hospital Charity.”

Dr Hodin, Dr Sage and Dr Vaugan said: “It was a real team effort between us, London Ambulance Service, the air ambulance, the police and everyone else in the community who stopped to help.

“We don’t usually get to witness pre-hospital care, so it was fantastic to see first-hand the incredible job teams do on the ground before patients arrive at St George’s.

“We’re delighted to see Ajit recovering well and receiving the treatment he needs from our specialist teams.”

The doctors were part of a team of ten paediatric consultants from St George’s undertaking the London to Brighton ride.

They have raised nearly £3,500 so far for specialist equipment to support children with breathing difficulties.