There were reasons for both front-runners to be cheerful on Super Tuesday. 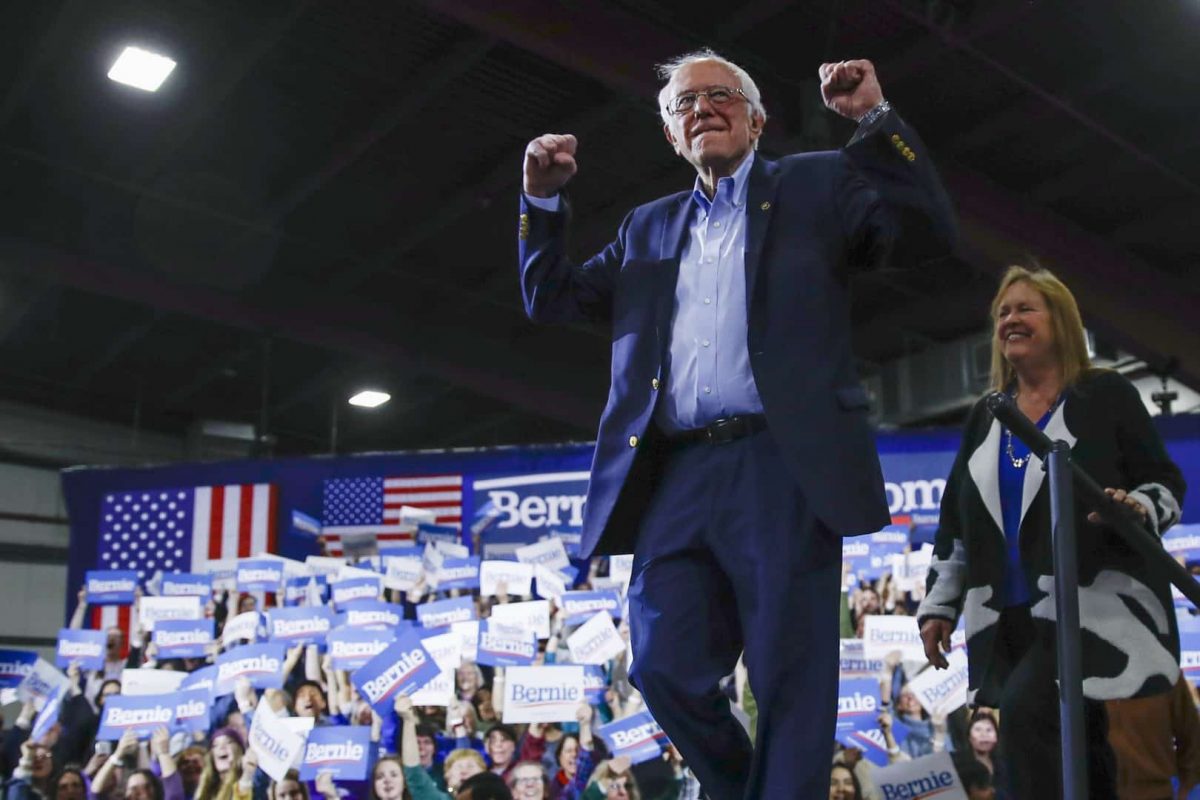 Joe Biden’s campaign to become the Democrat candidate for president has been boosted by primary wins in many states but Super Tuesday’s biggest prize went to rival Bernie Sanders.

The former vice president’s campaign received a timely rebound after disappointing showings at previous contests as he emerged victorious in states including Texas, Massachusetts, Alabama and South Carolina.

But Mr Sanders took California as the Democratic Party’s once-crowded presidential field appeared to transform into a two-man contest.

It was a disappointing evening for Mike Bloomberg whose sole victory was in the territory of American Samoa, while Elizabeth Warren was defeated in her home state of Massachusetts by Mr Biden.

Mr Sanders and Mr Biden, lifelong politicians with starkly different visions for America’s future, were battling for delegates as 14 states and one US territory held a series of high-stakes elections that marked the most significant day of voting in the party’s 2020 presidential nomination fight.

Mr Biden played on one of his rival’s lines when he told a rally in Los Angeles: “People are talking about a revolution. We started a movement.”

A contrast in ideas

And without citing his surging rival by name, Mr Sanders swiped at Mr Biden from a victory speech in Burlington, Vermont.

“You cannot beat Trump with the same-old, same-old kind of politics,” he said, ticking down a list of past policy differences with Mr Biden on social security, trade and military force.

“This will become a contrast in ideas.”

A key to Mr Biden’s success on Tuesday was black voters.

Mr Biden, who served two terms as Barack Obama’s vice president, won 60 per cent of the black vote in Alabama, where African Americans made up more than half the Democratic electorate on Tuesday.

The Democratic race has shifted dramatically over the past three days as Mr Biden capitalised on his commanding South Carolina victory to persuade anxious establishment allies to rally behind his campaign.

Mr Biden’s win in South Carolina, his first in the 2020 election season, rescued his campaign from the brink after three consecutive weak finishes last month.

In Biden and Sanders, Democrats have a stark choice in what kind of candidate they want to run against President Donald Trump in November.

Mr Sanders is a 78-year-old democratic socialist who relies on an energised coalition of his party’s far-left flank that embraces his decades-long fight to transform the nation’s political and economic systems.

While Mr Biden is a 77-year-old lifelong leader of his party’s Washington establishment who emphasises a more pragmatic approach to core policy issues like health care and climate change.

Related: A week in Tory Britain