Amalie Bruun returns with a 'gossamer light touch rather than a gauntlet clad fist'. 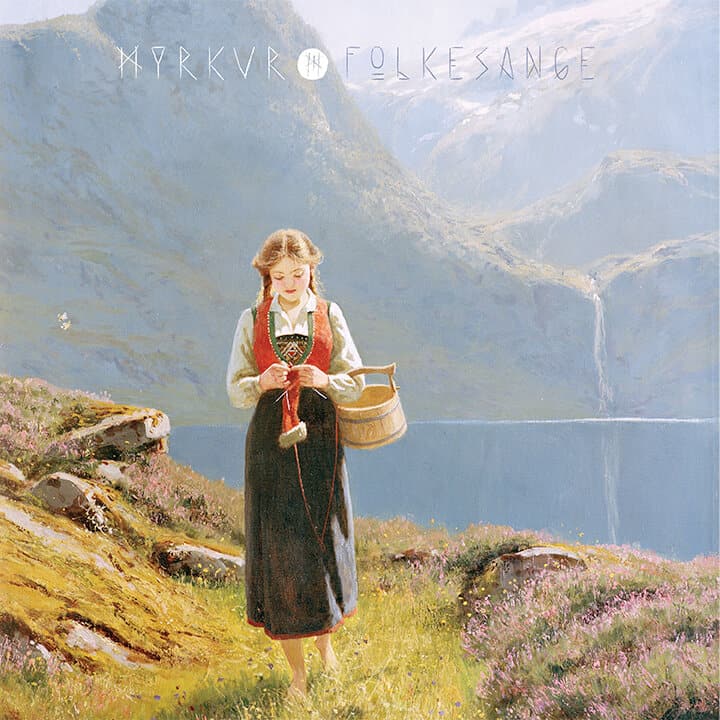 When Myrkur first broke into the black metal scene over six years ago, there was furore. The gatekeeping, bullet-belt clad elite, the cream of the keyboard warrior crop descended upon comment sections to beat their merch-clad chests and proclaim that Myrkur wasn’t ‘metal’, wasn’t ‘trve kvlt’.

Myrkur responded in the most black metal way possible short of igniting a place of worship; by ignoring the mores, demands and conventions of others, beating her own path and releasing 2017’s acclaimed ‘Mareridt’. Critics noted a trend in the album’s content, a move away from the more extreme metal elements towards an exploration of traditional folk elements.

While the initial paroxysm of division the small-minded scenesters may have felt at Myrkur’s ascent has abated, third full-length ‘Folkesange’ may stoke descent within Myrkur’s own established and broad-reaching fanbase. It may, in fact, have cork-sniffers crowing that they were ‘right all along’. Because, simply put, ‘Folkesange’ isn’t a metal album at all.

At least not in the strict and traditional sense – gone are icy blasts of overdriven tremolo guitar lines and the thundering of furious blastbeats. What remains is the terminus of a trajectory, a logical sense making progression that critics and fans alike identified through Myrkur’s discography so far.

If we were to extrapolate ‘metal’ into a broader form, one of mood and feeling, then ‘Folkesange’ still evokes this on occasion. The groaning, droning ‘Ramund’ broods with mournful vocals, ‘Gudernes Vilje’ unsettles with wordless, inhumanly ethereal vocals, and ‘GammelkГ¤ring’ (which loosely translates as ‘the bane of computer character recognition’) sets a dour mood with a murder of calling crows and squealing strings.

As a whole, however, ‘Folkesange’ is a gossamer light touch rather than a gauntlet clad fist. The word ‘cinematic’ applies – these are canny compositions, rue to their traditional folk roots (‘Harpens Kraft’ is, according to brief research, a subset of Scandinavian folk ballads) while bringing to mind the soaring and fantastical work of modern filmic composers like Trevor Morris (Vikings) and Howard Shore (The Lord Of The Rings trilogy).

From the plaintiff keys and lilting, processional waltz of ‘Ella’ to the folkloric, entwined layers of ‘Leaves Of Yggdrasil’ to the jangling country guitar of ‘House Carpenter’ and the closing gentle melancholia of ‘Vinter’, Myrkur has created a beautiful, uplifting and wistful record in ‘Folkesange’ that stands as testament to two things; Amalie Bruun’s sheer beguiling and unconstrained talent, and Myrkur’s nonchalant individualism, an unwillingness to engage in expectation and a resolve to tread the lone path.