Rachel Reeves said it was wrong to slash taxes when “bankers’ bonuses are set to reach a record high this year". 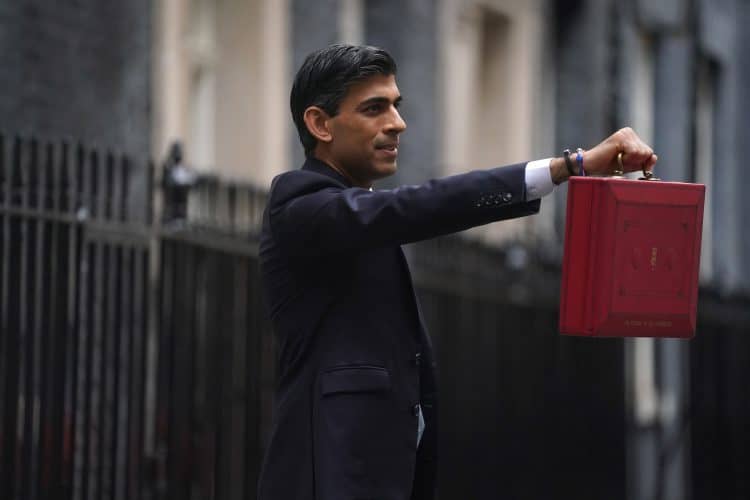 Rishi Sunak said he will slash a tax surcharge on bank profits by more than 60 per cent, as the government scrambles to protect the City of London after Brexit.

In the Budget on Wednesday, the Chancellor said the surcharge will fall to three per cent from the current eight per cent rate in April 2023.

Sunak added that the profit threshold at which banks will start paying the top-up would rise to £100 million from £25 million, to help smaller challenger banks and increase competition.

The move is reportedly designed to offset a planned hike to corporation tax, which lenders claimed would boost the burden on the banking sector to such an extent that Britain would become an unattractive place to do business.

It comes as thousands of jobs and more than a trillion pounds of assets have flooded away from London to rivals like Frankfurt, New York and Paris since the UK was cut off from EU markets after Brexit.

Sunak said the surcharge cut would “ensure that banks continue to pay their fair share of tax, while maintaining the UK’s financial services competitiveness and safeguarding British jobs and tax revenue”.

But his political adversaries hit out at the Chancellor for slashing tax rates for banks as social care is being cut – and the £20-a-week Universal Credit uplift is scrapped.

Responding to the Budget, shadow chancellor Rachel Reeves said it was wrong to reduce taxes when “bankers’ bonuses are set to reach a record high this year”, as dealmaking and trading surged to record highs.

“The Chancellor is loading the burden on working people,” she added. “At least the bankers on short-haul flights, sipping champagne, will be cheering this Budget today.”

Sunak on Thursday refused to commit to cutting taxes before the next general election despite concerns among Tory MPs at the growing squeeze on living standards.

After the Budget took the tax burden to its highest level since the Labour government of Clement Attlee in the 1950s, the Chancellor said it had been necessary to take “corrective action” following the pandemic.

Sunak said the measures he put in place to protect jobs when the crisis broke last year meant the economy was now recovering strongly while unemployment was far lower than many people had feared.

And he insisted that it remained his “ambition” to “lower taxes for people” when the fiscal conditions allowed but declined to be drawn on when that might be.

Concerns among Conservative MPs of a cost-of-living crisis were underlined by analysis by the Resolution Foundation think tank which warned the country could be facing a “flat recovery for household living standards”.

It said tax bills had risen by £3,000 per household since Boris Johnson became Prime Minister in 2019 while the weakest decade of pay growth since the 1930s combined with rising inflation meant real wages were set to fall again next year.

That was echoed by the Institute for Fiscal Studies, which said there would be “very slow growth” in living standards over the coming years.

“A middle earner is likely to be worse off next year than this as high rates of inflation and tax rises more than negate small average wage increases,” said IFS director Paul Johnson.

“This of course comes on top of a decade of historically feeble increases in real incomes.

“The gap between what we might have expected on the basis of pre-financial crisis trends and what is actually happening is staggering.”