Ahead of the Budget, the Chancellor said the UK "has always been a proud and preeminent nation". 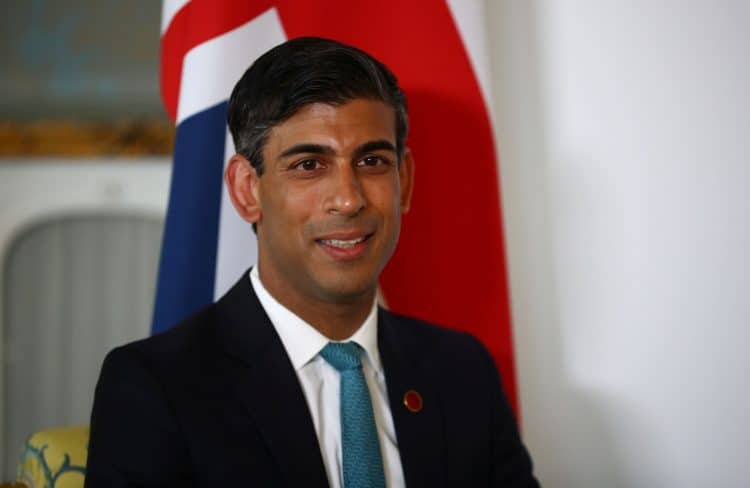 Shipping companies will be offered tax breaks if they hoist the Union Jack, as Rishi Sunak seeks to bring the world’s biggest fleets to Britain.

The Chancellor will use new freedoms provided by Brexit to make the UK’s “generous tax regime” accessible for global shipping giants, according to the Daily Telegraph.

Firms flying the Red Ensign – a red flag with the iconic Union Jack in the upper left corner – will reportedly stand a better chance of being accepted into the UK tonnage tax scheme from April 2022.

Sunak will announce in Wednesday’s Budget that groups investing in environmentally-friendly ships will also be prioritised, as they will help Britain reach net-zero emissions by 2050.

‘Competing in the global market’

“The UK has always been a proud and preeminent maritime nation, with 95 per cent of our trade in goods carried out by sea,” the Chancellor told the Telegraph.

“Now we have left the EU, it’s time for us to do even more to help the UK shipping industry to grow and compete in the global market.”

The Red Ensign Group is a group of UK shipping registries including British Overseas and Crown Dependencies.

As of 2018, it had 1,300 vessels flying under the flag – and ministers hope the new tax move will protect more than 670,000 jobs supported by the shipping sector.

Meanwhile, the NHS and transport upgrades look set to be the big winners in announcements made by Sunak ahead of his second Budget of the year.

Sunak said his address to the Commons would focus on “looking to the future and building a stronger economy for the British people”.

The Chancellor is keen to focus on rebuilding, including by committing £6 billion to help the NHS clear its backlog and digitising the health service for the future.

On Sunday night, it was revealed that Sunak is expected to set out investment in NHS capital funding that will support the aim to deliver around 30 per cent more elective activity by 2024-25 compared to pre-pandemic levels.

This is equivalent to millions more checks, scans and procedures for non-emergency patients, the Treasury said.

In an effort to address the Covid backlog of people waiting for checks, tests and scans, and help get waiting lists down, £2.3 billion of the funding package will be used to try to transform diagnostic services.

While £2.1 billion of the £5.9 billion total will be invested in technology and data in a bid to improve efficiency and security within the NHS.

Speaking to Times Radio on Sunday, Sunak said that “(over) the last year, I’ve been focused on delivering our plan for jobs, protecting people’s livelihoods, their incomes, their jobs”.

But he added it was now time to shore up the economy to weather any future storms, telling BBC One’s The Andrew Marr Show: “That means strong investment in public services, driving economic growth by investing in infrastructure, innovation and skills, giving businesses confidence, and then supporting working families.

“Those are the ingredients of what makes a stronger Budget and that’s what we will deliver next week.”