It comes after his wife, Akshata Murty, announced she would now pay UK taxes on all her worldwide income. 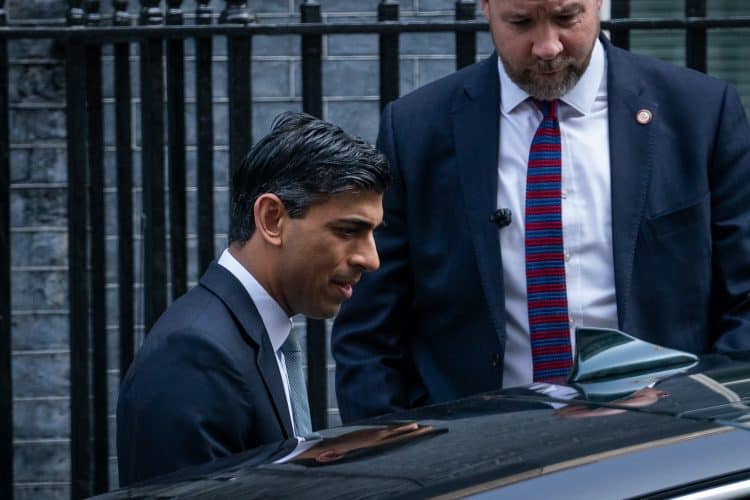 Rishi Sunak has moved belongings out of Downing Street as he clings on to his job as chancellor.

Removal vans were pictured outside his Number 10 flat that he shares with his wife Akshata Murthy.

According to Sunday Mirror reports a red velvet armchair, a shelving unit and several bags and boxes were loaded onto two trucks.

They were moved to a newly-refurbished, luxury West London pad which is nearer to their daughter’s school.

It is understood the move was planned before Mr Sunak’s popularity nosedived this week.

Akshata Murty announced on Friday that she would pay UK taxes on all her worldwide income as she did not want her financial arrangements to be a “distraction” for her husband.

The dramatic move came after Mr Sunak had previously denounced the disclosure of his wife’s tax status as a “smear” by opponents intended to damage him politically.

It has been estimated that Ms Murty, a fashion designer and the daughter of an Indian billionaire, potentially saved up to £20 million in UK tax through the arrangement.

She is reported to hold a 0.91 per cent stake in Infosys, an IT business founded by her father, and has received £11.6 million in dividends from the Indian firm in the past year.

Non-dom status means she would not have to pay UK tax at a rate of 39.35 per cent on dividends.

India sets the rate for non-residents at 20 per cent, but this can fall to 10 per cent for those who are eligible to benefit from the UK’s tax treaty with India.

Related: Grenfell: From ‘no stone left unturned’ to ‘we’re too busy’ in under 5 years