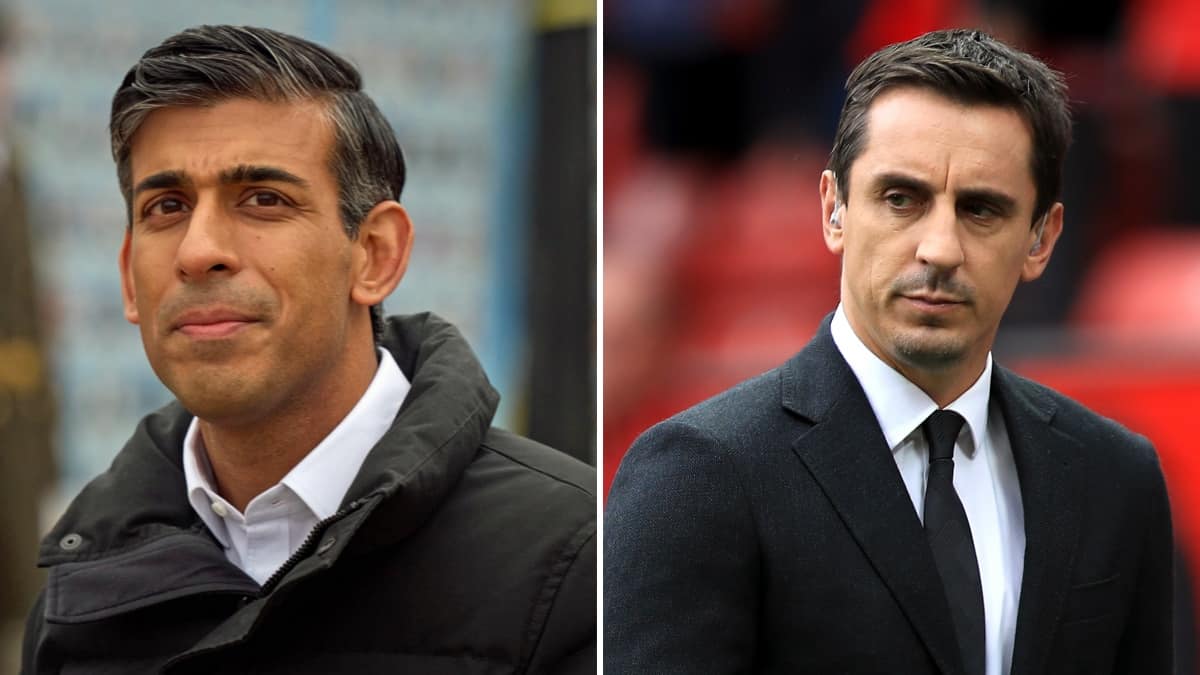 Rishi Sunak has hit back at former England footballer Gary Neville over claims workers in the UK were being exploited.

The ex-Manchester United defender was criticised after appearing to compare the plight of workers involved in the World Cup in Qatar with the issues faced by NHS nurses.

Downing Street said it was “not a legitimate or appropriate comparison”.

And the Prime Minister told the Daily Mail: “I think when most people are tuning in to watch Gary Neville they want to hear about the football and watch the football.

“They don’t want to discuss politics.”

‘That is something we can never, ever accept’

During ITV’s coverage of the World Cup final, Neville – a Labour Party supporter – said: “We should detest low pay, we should detest poor accommodation and poor working conditions.

“That is something we can never, ever accept that in this region or in any region – and it is just worth mentioning we’ve got a current government in our country who are demonising rail workers, ambulance workers and – terrifyingly –  nurses.”

The Prime Minister’s official spokesman said: “It is clearly not a legitimate or appropriate comparison in any way.”

The Government faces a series of industrial disputes with NHS staff including nurses and ambulance workers as wages fail to keep pace with high inflation.

But Sunak defended his record: “I come from an NHS family, I spent my life working in my mum’s pharmacy growing up. My track record both as chancellor and PM is prioritising the NHS.

“During Covid when there was a pay freeze in the rest of the public sector, the one area that got special treatment was the NHS. I did that as chancellor.”