‘Such an arrogant pr*ck’: Ardern’s microphone blunder auctioned for charity

Jacinda Ardern and the target of her comment, David Seymour, auctioned a signed transcript in aid of the Prostate Cancer Foundation. 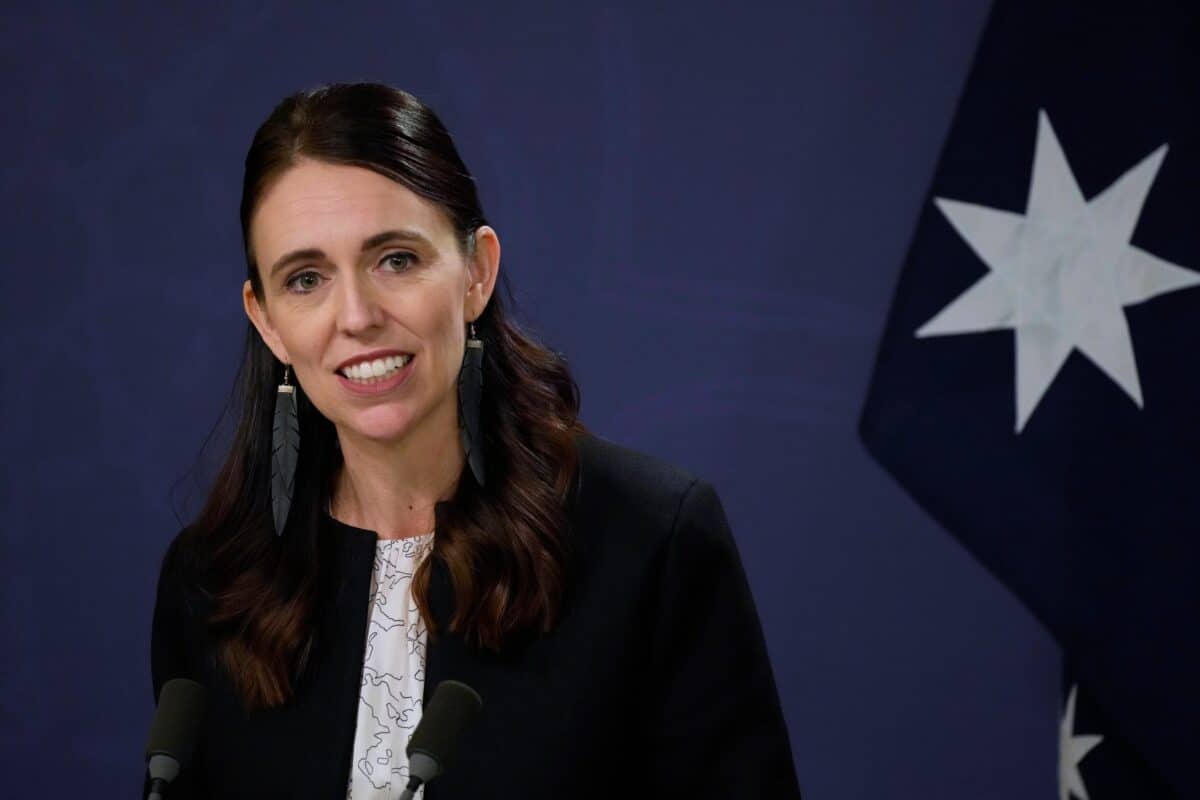 When New Zealand Prime Minister Jacinda Ardern was caught on a live microphone using a vulgarity against a rival politician last week, it seemed the nation’s political discourse could be taking an ugly turn heading into an election year.

But Ms Ardern and her target, David Seymour, agreed on a plan to rectify the situation.

They both signed an official parliamentary transcript of the premier’s comment and auctioned it for charity. The auction closed on Thursday with a top bid of just over 100,000 New Zealand dollars (nearly £52,000).

“Can’t say I expected this,” Ms Ardern wrote on Facebook. “A faux pas with the old mic in parliament has turned into 100,100 dollars for the Prostate Cancer Foundation. My thanks to David for being a good sport and to everyone who placed a bid.”

Her liberal Labour Party won re-election two years ago in a landslide of historic proportions, but recent polls have put her party behind its conservative rivals.

She had made the comment after Mr Seymour, who leads the libertarian ACT party, peppered Ms Ardern with questions about her government’s record for around seven minutes during Parliament’s Question Time, which allows for spirited debate between rival parties.

After sitting down, Ms Ardern, as an aside, said to her deputy “He’s such an arrogant prick.”

Her words were barely audible on Parliament TV but were just picked up in the background.

The prime minister later sent an apologetic text to Mr Seymour, who said he was “shocked and astonished” at her language, which was out of character.

He said Ms Ardern had said in her text that “as her mom said, if you don’t have anything nice to say, don’t say it”.

“If you don’t have anything nice to say”

Mr Seymour then suggested the auction idea to Ms Ardern at an end-of-year party with journalists and the premier agreed.

The auction was held on the New Zealand website Trade Me and attracted more than 280 bids. It was billed as “Ardern, Seymour join forces for pricks everywhere”.

Peter Dickens, chief executive of the Prostate Cancer Foundation, said he wanted to thank both politicians for their “classy” reaction.

He said the money comes as a huge boost after a hard year during which normal fundraising activities were curtailed by Covid-19.

“We’ve been overjoyed and amazed all the way through the journey of this auction,” he said. “It’s made more than we ever could have imagined.”

He said the money, equivalent to 10% of the charity’s annual budget, will go towards a range of services it offers, including free counselling and support groups.

Mr Dickens said prostate cancer is the nation’s most diagnosed form of cancer and that older men should consider getting a simple blood test to enable early detection.

“Just a little prick could save a life,” he said.