"No kid should be without a gift at Christmas." 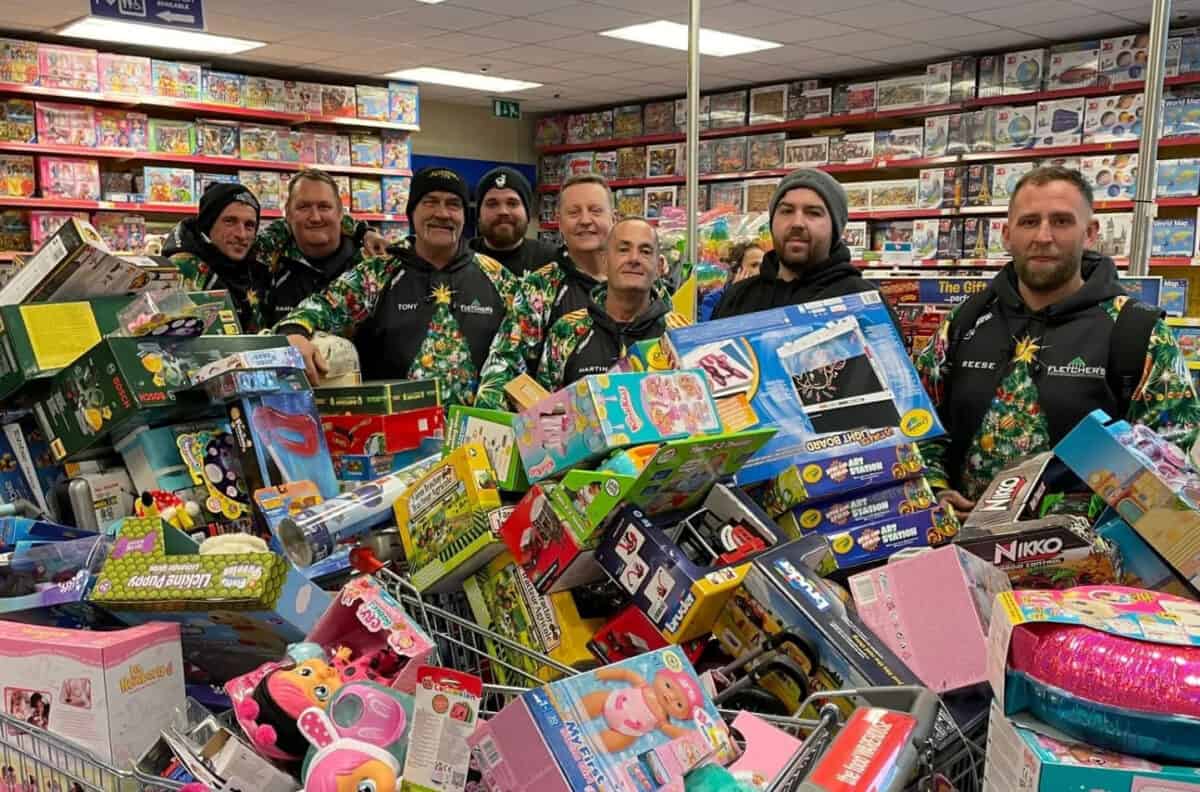 A real-life Santa Claus has spent almost £15,000 buying Christmas presents – and donated them all to charity for underprivileged children.

And they donated the rest of their whopping £22,000 fundraising effort to a suicide prevention charity.

Big-hearted Reese said: “No kid should be without a gift at Christmas. The times are getting hard and the numbers of people struggling are getting bigger.

“It’s nice to be nice and do something to help others.”

Reese and his team turned piles of timber donated by local firms into 1,600 Christmas trees which they sold for £10 a pop to raise the cash.

They then used the money to fund a trolley dash in toy shops to buy gifts which he then distributed to good causes that help needy children in his hometown of Leeds.

The team filled a staggering 37 trolleys in Smyth’s Toys and spent £14,735 to make sure disadvantaged youngsters had a present to open on Christmas Day.

It is the third consecutive year Reese, a dad-of-two, has bought presents for underprivileged children.

His fantastic festive fundraising efforts started last in 2020 when he saw a charity’s video highlighting children who would likely not have any Christmas presents to open.

He raised £3,000 from the sale of 260 trees which he’d knocked up some using timber from his firm Fletcher’s Fencing, Decking and Garden Maintenance.

And last Yuletide, he raised more than £10,000 to help give kids a Christmas present.

But he more than doubled that amazing figure this year by selling trees and through the help of a justgiving page he launched.

“The response this year compared to last year has just been amazing. It’s pretty much doubled, the amount we’ve raised in total.

“The vibe in the toy shop was unreal, it was amazing. People just keep giving more and more and it gets bigger and better.

“Last year there were around 110 kids the charity we supplied to that weren’t going to get a present and this year its 270, so it’s more than doubled.”

Reese, who was helped by a team including his dad and two of his staff, also praised local firms and farmers who helped his efforts.

He added: “We had a great donation from Premier Timber and BSW and a farmer gave us the use of his barns to store them in. Everybody comes together and wants to help.”

Reese donated the toys to a high school and community centre in Leeds who will distribute them to families in the area in need.

He also made a cash donation to Andy’s Man Club, a men’s suicide prevention charity which offers support groups across the UK and online.

Related: The Royal’s silence has proved Prince Harry was right to move his family out of the UK