Party leader Jo Swinson said her newly-bolstered team is looking at different strategies to halt the UK’s departure from the EU. 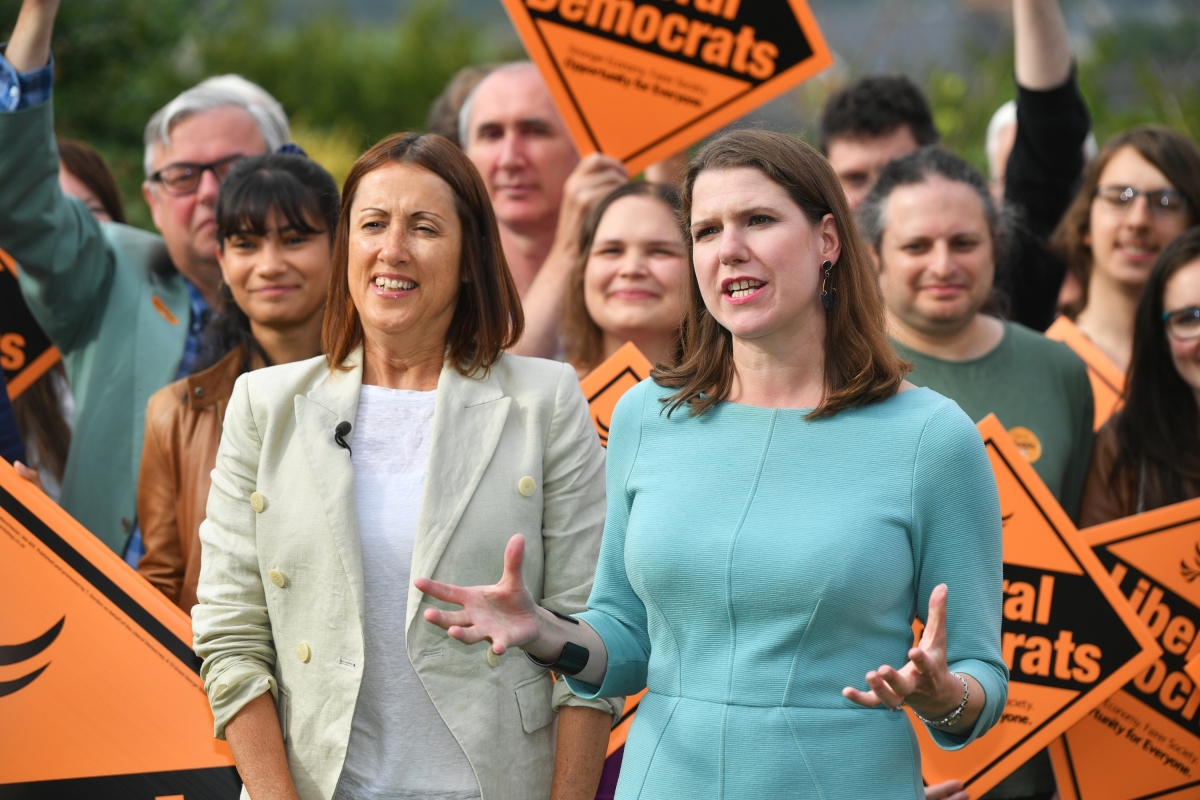 Delivering a People’s Vote and stopping Brexit is still “eminently” possible, Jo Swinson said on the day of her party’s by-election victory over the Tories.

The Liberal Democrat leader spoke at an Edinburgh Fringe event fresh from celebrating Jane Dodds’s win in the mid-Wales constituency of Brecon and Radnorshire.

With October 31 looming and the prospect of a no-deal Brexit increasing, Ms Swinson told an audience that the Lib Dems were “exploring different strategies” to achieve their aim of keeping the UK in the European Union.

She told interviewer Iain Dale: “It is still eminently possible to stop Brexit.”

Asked how this could be done, the MP for East Dunbartonshire said: “Delivering a People’s Vote is still an option – the way in which in March we took control of the order paper – that is something which could be done again.

“We are going to explore different strategies.”

She added: “What happened in March was that a motion was used to take control of the order paper, so that it was not only the Prime Minister or the leader of the House on a given day that was able to initiate what the business would be.

“So there are ways around it. And then you get into – is that better achieved by a vote of no confidence to bring the government down, or is it about bringing forward a Bill to secure a People’s Vote.”

Asked if she would whip her 13 MPs to support any vote of no confidence led by Labour leader Jeremy Corbyn, she said: “I don’t see how we could possibly vote to have confidence in this government.

“Boris Johnson has already proved he’s not fit to be Prime Minister, so we are getting ready for a general election.”

Ms Swinson said she was in the process of deciding which brief will go to each of her MPs.

She said: “I’ve asked colleagues what their interests are and what they’d like to do, and what their particular expertise is, because I don’t think we should assume that we know everything about somebody even if we’re their colleague already.

“People have fed back to me and over the next couple of weeks we’re going to be making some decisions.

“There’s a hugely talented team, and hopefully it won’t just be 13 for too long.”