The signing of the England defender is subject to a medical and personal terms. 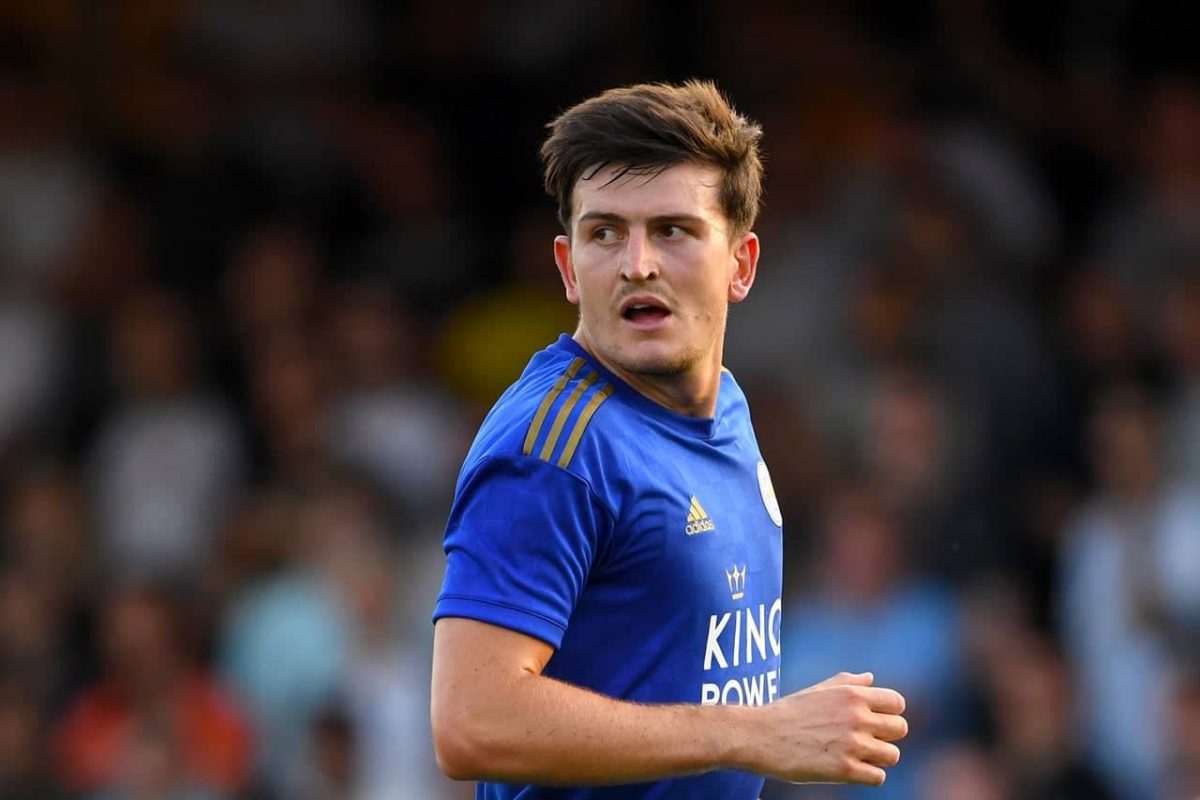 Ole Gunnar Solskjaer expects Manchester United to complete “one or two” deals before next week’s transfer deadline after agreeing a fee with Leicester for England centre-back Harry Maguire.

United will pay £80million for the 26-year-old, with the deal subject to a medical and personal terms, though with Maguire keen to make the step up the latter should prove no obstacle.

Solskjaer declined to comment on the Maguire deal during an interview ahead of the International Champions Cup game with Milan in Cardiff on Saturday.

But United boss Solskjaer revealed: “We’re still hope one or two deals can be done. We’ve been working on cases for a long time and suddenly the deal can be done when it’s dragging on.

“As a club we’ve had targets, but as a coach and manager when you go out on the pitch you have to work with the ones you have.

“The reality is you have to work with the ones that are there. I’ve never been thinking ‘I’ll play him there but he’s coming in’.

“Everyone who has been in pre-season has a big part to play and most of them have impressed.

“But it (transfer speculation) doesn’t stop (after the deadline) because you still have to plan for the next transfer window and next summer.”

The Maguire deal represents success for both parties, with United getting a ball-playing defender who offers the ideal mix of both experience and relative youth, while Leicester’s strategy of holding their ground over their valuation of the player has paid off.

The Foxes will receive a world-record fee for a defender, eclipsing the £75m Liverpool paid Southampton for Virgil Van Dijk in January 2018.

United had made strengthening the centre of their defence a priority at the start of the summer, with the need only becoming more acute when Eric Bailly suffered a knee injury during their pre-season tour of China which is expected to keep him out for at least four months.

However, Maguire’s arrival will almost certainly lead to a clear-out at Old Trafford, where there are already six defenders – Bailly, Victor Lindelof, Phil Jones, Chris Smalling, Marcus Rojo and Axel Tuanzebe – in the senior squad.

The deal more than doubles United’s outlay this summer so far. Aaron Wan-Bissaka cost an initial £45m from Crystal Palace while Daniel James signed from Swansea for £18m.

United arrived in the Welsh capital without Alexis Sanchez, who has remained in Manchester to build up his fitness following his belated arrival from the Copa America.

Sanchez has reportedly being double training sessions at Carrington, and Solskjaer said: “He’s only trained five days where the rest of the boys have had five weeks.

“He’s got a few days training to make up for the summer he’s had. He needed a break after the Copa America.

“He won’t be too far away, but let’s see what happens in the next 10 days when the league starts.”

Romelu Lukaku, who has not played in pre-season ahead of a possible move to Italy, Matteo Darmian and Joel Pereira are also missing from the squad in Cardiff.

United are unbeaten so far in pre-season with wins over Perth Glory, Leeds, Inter Milan, Tottenham and Kristiansund.

“Pre-season is about laying the foundations for the season,” said Solskjaer. “We have done really well and won five games, but that is not the point.

“You want to lay down your principles, how you want to play and the fitness work. We’ve looked sharper and sharper and I think we’re looking strong for that first weekend.

“I hope we’ve started on something. We’ve had five weeks of good work. The boys were pretty fit when they came back and the tactical work has been good as well.”