"Not Fascist at all….", the Stop Brexit man said. 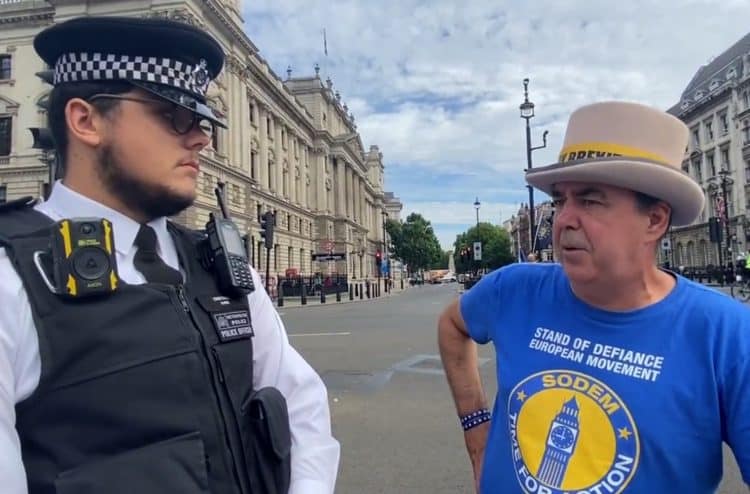 Steve Bray appears to have been assigned two police minders to watch over his protests in Westminster.

The ‘Stop Brexit’ man posted a video on social media today showing officers standing with him near the Houses of Parliament.

He said they had been told to “follow him around”, orders which Bray, understandably, took umbrage to.

“You are not following me around, this is not the Soviet Union”, he told the officer.

Both police officers could be seen next to Bray later on as protests continued.

‘Bye bye Boris’ played from speakers and a crowd of people sang along without any intervention from law enforcement.

It contrasts starkly to events just a few weeks ago, when Bray was forcibly made to hand over his speakers.