She is the first candidate to go odds-on in the next Conservative Party leader betting, according to William Hill. 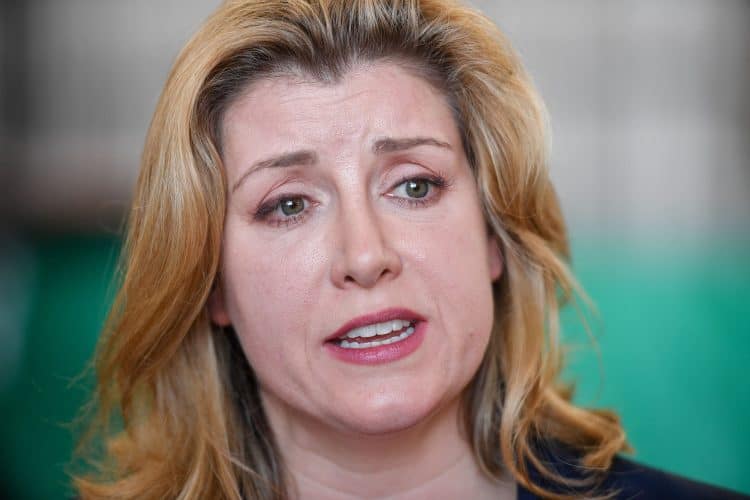 The minister of state for trade is now 4/6 with bookies, ahead of Rishi Sunak, who is priced at 10/3.

A new poll of Tory Party members has put Mordaunt as the runaway favourite to become the next prime minister.

A YouGov survey of 879 members put Ms Mordaunt on 27 per cent – almost twice as much as second-placed Kemi Badenoch, on 15 per cent.

Former chancellor Rishi Sunak and foreign secretary Liz Truss were each backed by 13 per cent of those questioned.

Tom Tugendhat, chairman of the foreign affairs committee, had the support of 8 per cent, while attorney-general Suella Braverman was on 5 per cent.

William Hill spokesperson, Tony Kenny, said: “After poll results revealed that Penny Mordaunt is the clear favourite among Conservative Party members to replace Boris Johnson, punters have been queuing up to back the Minister of State for Trade.

“Mordaunt is the first candidate to go odds-on in the next Conservative Party leader betting and is now the strong favourite at 4/6, with Rishi Sunak next in the race at 10/3.”