How a top hat and two amplifiers became a symbol of the resistance against authoritarianism. 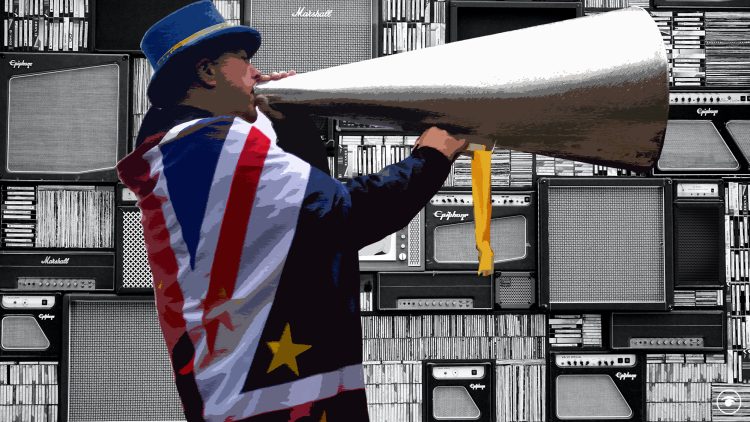 Good morning. On the Northeast corner of Hyde Park there is an area that, as far back as 1866, has been reserved solely for the preservation of the public’s right to protest. Over the years it has been a point of assembly for countless demonstrations and has been frequented by Karl Marx, Vladimir Lenin, George Orwell and William Morris among others. As Lord Justice Sedley ruled in 1999, it is a demonstration of the “tolerance which is extended by the law to opinion of every kind” in Britain, no matter how “irritating, contentious, eccentric or provocative” it may be.

That the UK is home to the oldest living free speech platform in the world should come as no surprise – we’ve had such freedoms written into the Bill of Rights before the Americans had hammered the first logs into the ground at Jamestown. But the fact that the government is now out to dismantle those rights should certainly feel a tad, shall we say, uncomfortable. On Tuesday, the Police Crime Sentencing and Courts Act came into force, placing limitations around protests by imposing controls over how ‘disruptive’, ‘noisy’ or ‘annoying’ they can be, things which are surely the very essence of a protest.

The new laws got their first outing on the same day – as if they had been created for this very purpose – when officers confiscated two speakers from ‘Stop Brexit’ man Steve Bray outside Parliament Square. The police seized the equipment under section 145 of the Police Reform and Social Responsibility Act 2011, which was extended to a wider area around the Houses of Parliament just hours before cops strong-armed Bray into handing them over. He was later told that he had been summoned to court over the incident, with Amnesty International – who generally speak out about repressive governments and leaders – labelling the moves as “deeply authoritarian” and a “dark day for liberty in our country”.

But it was going to take more than a bit of police argy-bargy to shut Bray up, and within hours of his wee skirmish outside the Houses of Parliament the top-hat-wearing demonstrator had vowed to protest “twice as loud” with more amps – he intends to link eight together, apparently – already on order. Meanwhile, money to help with his legal costs has ballooned, with donations from almost 8,000 people raising £150,000 at the time of writing. Bray has proposed hiring a rickshaw to “whizz around” his new set parameters and will elect trial by jury when summoned to maximise media coverage.

From the government’s point of view, all of this racket about making a racket is a far sight from what must have been the intended outcome of the legislation, which appears to have done little more than fuel dissenters. Before this, most people will have seen Bray as the slightly annoying man who bellows through the windows during PMQs and waves placards behind news broadcasters to little or no effect. Now he has become the people’s hero and a symbol of the resistance against this increasingly repressive regime. His tireless protests seem to finally be cutting through, and all because the government handed it to him on a plate. Surely it would have been better to just let Bray play?