The Labour leader told protestors to "get up" and "go home" - stressing "I'm opposed to what you're doing, it's not the way to deal with the climate crisis." 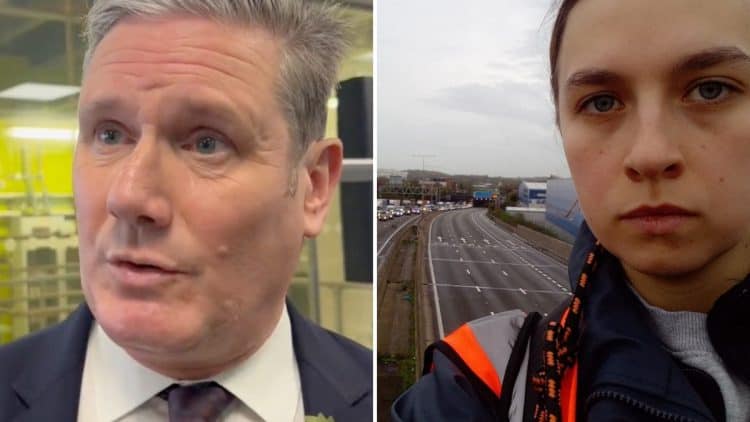 In an LBC interview, the Labour leader was asked whether his party in government would ensure that there is “genuinely no more new oil and gas, as Just Stop Oil are asking for”.

Starmer said: “Let me just deal with Just Stop Oil because I think they’re wrong, I think their action is wrong. I particularly think about the images we’ve seen of ambulances coming down the road and not being able to get through because people have glued themselves to the road.

“Fiona, my mum was very ill all of her life. She was in those ambulances when she was alive and there will be other families who are listening to this who are in the same situation. I think it’s arrogant.”

His response has been widely mocked on social media.