"You’re entitled to hate me but I wish you would direct all that anger and hatred at our government." 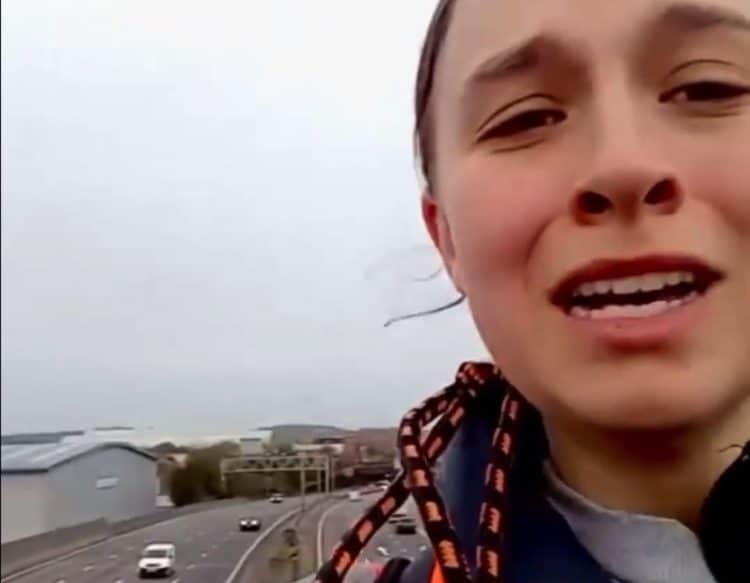 A Just Stop Oil protester broke down in tears as she explained why the protest group halted traffic on the M25 this morning.

Surrey Police tweeted that they had reports there were protesters at a number of places along the motorway, resulting in some temporary lane closures.

The force said they would “get this resolved as soon as possible”.

Essex Police said arrests were made after reports of people climbing up an overhead gantry close to junction 30 of the M25.

The demonstrations come as the latest Cop27 international climate change talks in Egypt get underway.

Explaining her actions, a tearful 24-year-old called Louise said: “You’re entitled to hate me but I wish you would direct all that anger and hatred at our government.”