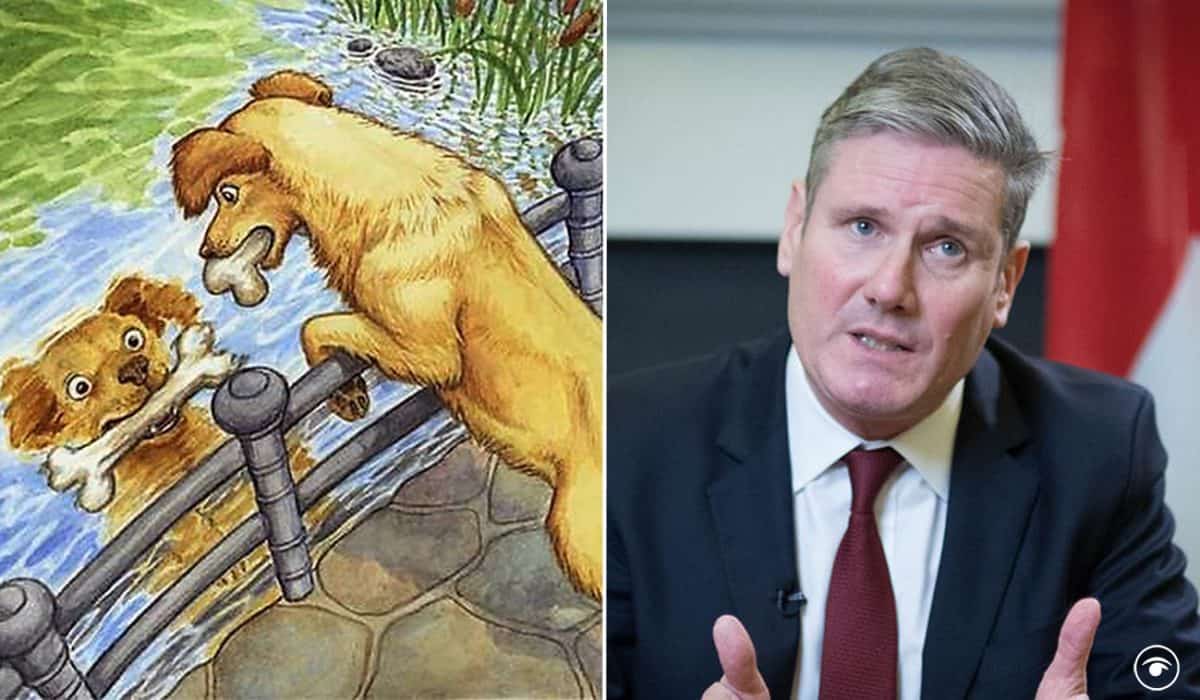 Sir Keir Starmer’s bid to win over voters from the right seems to have backfired spectacularly after he shedded support on both sides.

In a moment that has been compared to the fable of The Dog and His Bone, the Labour leader’s net satisfaction dropped to 19 per cent among those on the left after reaching dizzying heights of 66 per cent in June of last year.

Support among Conservative voters also plummeted to -15 per cent while among all voters it is now at -9 per cent, the IpsosMORI study shows.

One key part of the fall in Starmer's ratings is a steep drop in satisfaction among Labour supporters, although his ratings fell among Conservative voters too pic.twitter.com/lmWXuGcJfO

In September of last year Starmer set out his vision for a new-look Labour, imitating many aspects of Boris Johnson’s Conservatives with a family-first, nationalistic rebrand.

He since described the Labour movement as being “very patriotic” and was also forced to distance himself from a leaked strategy document in The Guardian which suggested the party should make “use of the (Union) flag, veterans (and) dressing smartly” as part of a radical rebranding.