According to eyewitnesses quoted the political rivals were seen having a “heated discussion” about the Prime Minister’s EMA remarks, allegedly resulting in Sir Keir being “led away” by ally and Labour whip Chris Matheson. 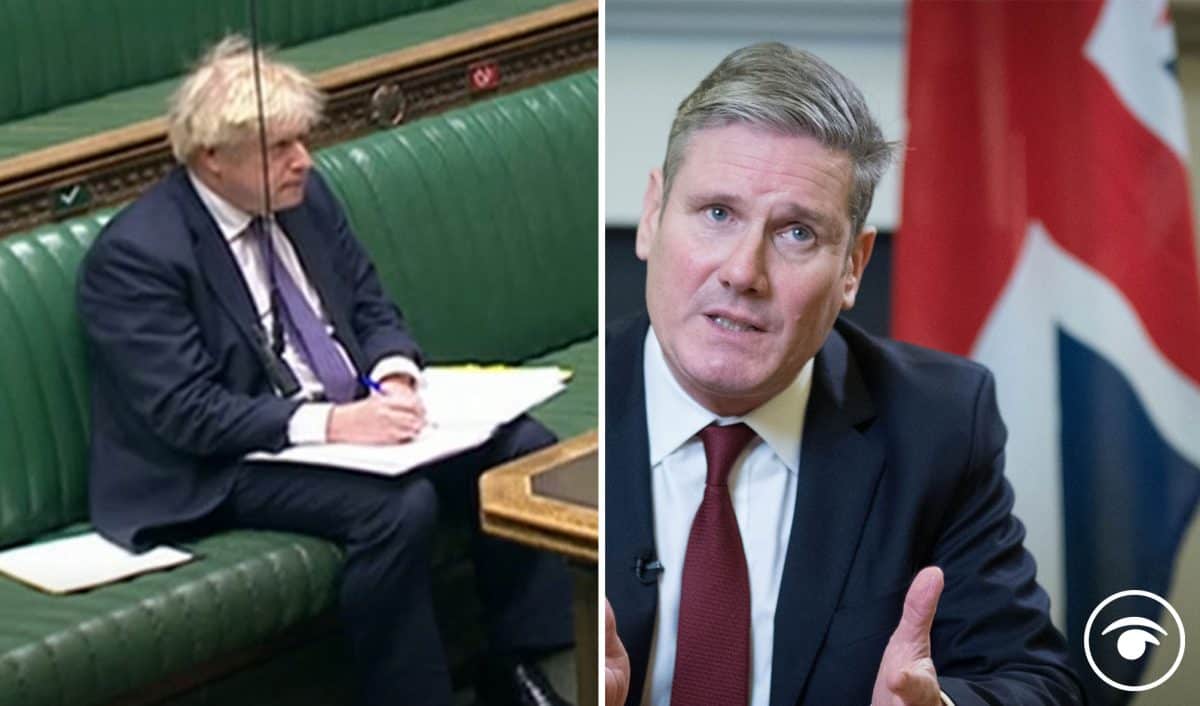 A Labour MP has rubbished claims that there was a heated exchange between Boris Johnson and Sir Keir Starmer after Prime Minister’s Questions.

The pair had clashed in the Commons after the Prime Minister accused the Labour leader of repeatedly calling for the UK to stay in the European Medicines Agency after Brexit, suggesting such a move would have hampered the country’s Covid-19 vaccine rollout.

Sir Keir described the remarks as “complete nonsense” but Hansard, the official record of Parliament, shows that in January 2017 he questioned why the UK would want to leave the body and that it should be something retained as part of the Brexit process.

The Opposition leader and Mr Johnson were seen walking out of the Commons together following the terse session and continued their conversation while standing just outside the chamber.

According to eyewitnesses quoted by The Sun, the political rivals were seen having a “heated discussion” about the Prime Minister’s EMA remarks, allegedly resulting in Sir Keir being “led away” by ally and Labour whip Chris Matheson.

But Mr Matheson called the eyewitnesses’ claims “absolute bollocks”, adding: “There was a brief chat and then Keir and I left together.

“Nothing more to it than that.”

A Labour source said: “They had a perfectly reasonable conversation as they often do after PMQs.”

Asked about the alleged altercation, Mr Johnson’s press secretary Allegra Stratton said: “I have seen the reports but I haven’t seen the Prime Minister since he went to the Chamber so I can’t confirm or deny that.”

Labour has denied that a leaked review represents a shift towards a more patriotic tone to win voters back.

According to a report in The Guardian, party officials were shown a strategy document last month suggesting Labour must make “use of the (Union) flag, veterans (and) dressing smartly” as part of a radical rebranding following its disastrous showing at the 2019 election under Jeremy Corbyn’s leadership.

But a spokesman for leader Sir Keir Starmer, who replaced Mr Corbyn last year, said the document had not been endorsed by the party.

Refusing to be drawn on specifics in the leaked memo, he told reporters: “The first point to make clear is that it is not a Labour Party document.

“It was a document produced by an external agency about the Labour Party – it was created by a third party and the recommendations in that report are their recommendations.

“It is not right to say it was presented as our strategy. That is not what it was and to claim otherwise is wrong.

“We will write our own strategy and that will be a strategy focused entirely on how do we restore trust and how do we win in 2024.”

Asked to respond to a focus group remark mentioned in the report suggesting Sir Keir had been “sitting on the fence” on issues, his spokesman gave a list of examples where Labour had challenged the Government, such as on bringing in tighter border controls to block new variants of coronavirus from entering the country.

In the briefing following Prime Minister’s Questions, the spokesman said it was not Labour policy to support rejoining the European Medicines Agency (EMA), the regulator for the European Union.

It came after Sir Keir labelled it “complete nonsense” when Boris Johnson accused him of previously arguing for staying in the EMA after Brexit.

However Hansard, the official record of Parliament, shows that in January 2017 the former shadow Brexit secretary questioned why the UK would want to leave the body and that it should be retained as part of the divorce from Brussels.

Sir Keir’s spokesman said: “To put it simply, do we want to be in the EMA? No. Have we been calling for us to be in EMA? No. And have we said we should be in the EU vaccine programme? No.”

Asked about rumours that Sir Keir had an argument after PMQs with Mr Johnson over their EMA exchange in the Commons, his spokesman said he had no knowledge of such an incident.

Chris Matheson, the Labour MP for Chester who was present during the conversation, called reports of a heated clash “absolute bollocks”.

He said: “There was a brief chat and then Keir and I left together.”