The shadow education secretary was sacked after she shared an article containing an allegedly anti-Semitic conspiracy theory. 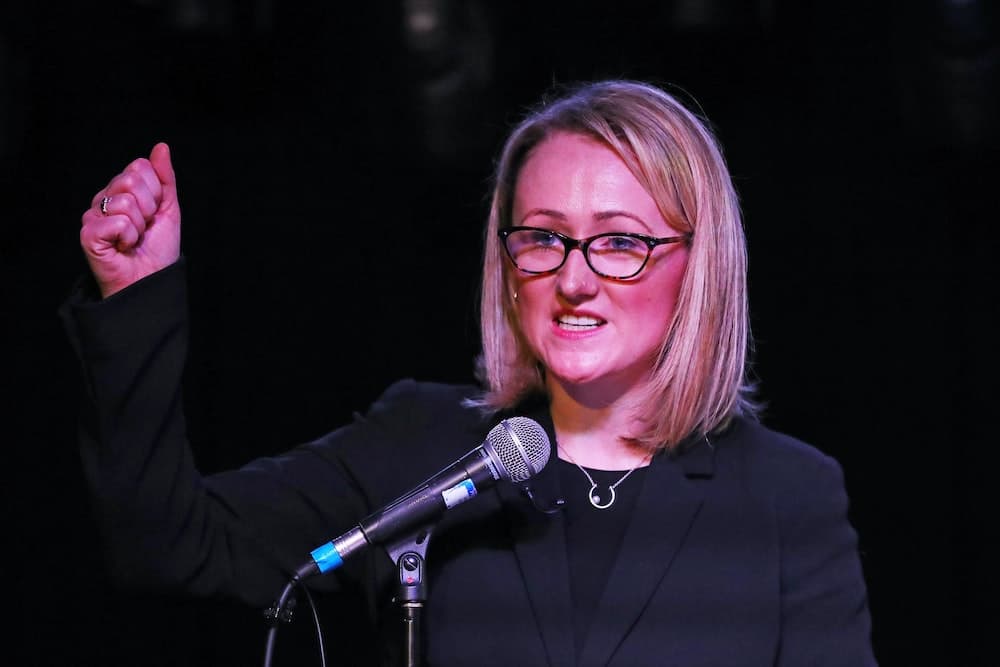 Sir Keir Starmer has dismissed calls by Labour leftwingers to reinstate Rebecca Long-Bailey after she was sacked for sharing an article online containing an allegedly anti-Semitic conspiracy theory.

Members of the Campaign group of MPs held a conference call with the Labour leader to protest against Ms Long-Bailey’s dismissal as shadow education secretary.

But while they said the discussion had taken place in a “mutually respectful manner”, they made clear Sir Keir had stuck to his guns, saying there had been a “significant disagreement” between them.

The Labour leader’s office declined to comment on the talks, saying it had been a private meeting.

Ms Long-Bailey was fired on Thursday after refusing to take down a tweet linking to an interview with the actor Maxine Peake in which she claimed police linked to the death of George Floyd in the US had learned their tactics from the Israeli secret services.

Sir Keir said he had acted in order to rebuild trust with the Jewish community after years in which Labour has been embroiled in allegations of anti-Semitism under his predecessor, Jeremy Corbyn.

However, the move infuriated left-wing allies of the former leader, including ex-shadow chancellor John McDonnell, who rejected claims Ms Peake’s comments were anti-Semitic and said he stood “in solidarity” with Ms Long-Bailey.

In a statement following its meeting with Sir Keir, the Campaign group said it had also raised the issue of the freedom of party members to speak out on the issue of Israel.

“On the sacking of Rebecca Long-Bailey from the shadow cabinet, it was clear that significant disagreement remains on this point,” the statement said.

“The Socialist Campaign Group of Labour MPs made it clear that Rebecca Long-Bailey should not have been sacked and should be reinstated,” the statement said.

“The imminent annexation of the West Bank by Israel’s government was discussed and the need for the Labour Party, MPs, party members and supporters to speak out against Israel’s illegal annexation and ongoing human rights abuses by the government of Israel was raised.

“This was a businesslike exchange of views which took place in a mutually respectful manner.”

Following Ms Long-Bailey’s dismissal, Ms Peake acknowledged her comments in an interview with The Independent had been “inaccurate”.

The former shadow education secretary, however, insisted it was not “racist or anti-Semitic” to draw attention to concerns about police tactics.

The speed of Sir Keir’s decision to move against her was being seen as fresh evidence of his willingness to take on the Corbynistas.

She was the favoured candidate of the left when she stood against him in the Labour leadership election earlier this year.

Despite unhappiness among supporters of the former leader, there was no sign of any other left-wing frontbenchers being prepared to resign in protest while Ms Long-Bailey insisted she would continue to work for a Labour government.

However, Jon Lansman, founder of the activist group Momentum, said that by getting rid of his leading left-wing rival for the leader, Sir Keir had made it more difficult to reunite the party.

“In order to unite the party he’s got to build trust, across the party, trust from the left,” he told the BBC Radio 4 Today programme.

“That’s one of the ingredients necessary if you are going to reunite the party and from what he’s done he’s made it much harder for himself.”