In an interview, Sir Keir urged the government to block English clubs' involvement in the European Super League.

by Henry Goodwin
in Politics, Sport 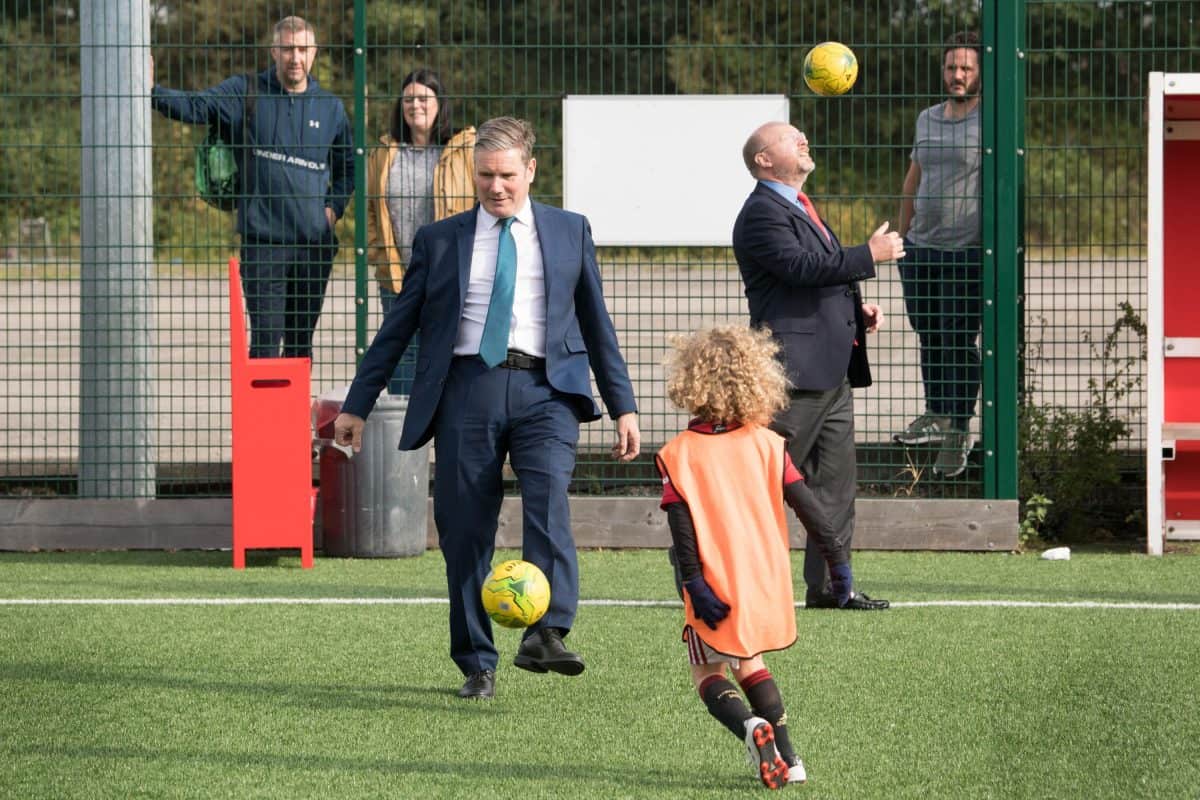 Sir Keir Starmer has urged the government to introduce legislation to block English clubs’ involvement in the European Super League, and suggested he could support wrestling ownership away from the current ‘Big Six’ clubs so they have less control.

Speaking to The Independent on Monday night, the Labour leader said “there’s no excuse for not doing something given the level of support”, amid what he said was “a wall of opposition” to the Super League across society.

Starmer criticised the government and football authorities for failing the game through a laissez-faire attitude to the sport, and that a restructuring of club ownership would be at the heart of Labour’s football policy.

“My first stance is that it’s really for the Premier League and Uefa to try and sort this out with the clubs,” he said.

“But, if not, I’m really detecting now a willingness among politicians to legislate if that is necessary. It’s not an area where you’d expect legislation, but the strength of feeling is such that if the government is prepared to bring forward legislation, we would certainly look at it and support it.

“I think we’ve been on a slippery slope. I’m afraid the Premier League, Uefa, and the government have to take some responsibility for that. That is all contributing to this being a watershed moment, and it needs to be a watershed moment in the positive sense, that fans and others rise up against it to stop it.”

Much of the criticism of the Super League has focussed on the intentions of the American owners of the so-called Big Six – especially Manchester United and Liverpool.

But, according to The Independent, football figures lower down the league in England have broached the idea of using existing legal mechanisms to force compulsory purchases of the clubs, because the breakaway plans are not in the best interests of British business.

“I think it might have to be [prising control], or at least limiting the extent of the ownership stake, and also dealing with the speculation element of it. Foreign speculation almost brought down Wigan Athletic, a great club, a historic club, very important to Wigan itself, and so we’ve got to tackle the ownership question.

“The government is talking a good game, it has the power to bring forward legislation, and it now knows the other parties would almost certainly support it so the government has within its power to do something. The question is whether it will do that.

“They’ve got a majority, they’ve got support from other parties including ours, if they need to do something, there’s no excuse for not doing something, given the level of support.”

The timing of the Super League’s creation – on the back of a deadly pandemic which has kept fans out of grounds for more than a year – has fostered a sense of betrayal, Starmer added.

“I think all fans would say at the very moment we came together as a nation through the pandemic, we wanted the football family to come together, and the idea of a cartel breaking away at this point is contrary to the whole spirit of the pandemic.”