The German discounter announced a limited edition of Cuthbert will return to shelves next month, with all profits to be donated to cancer charities. 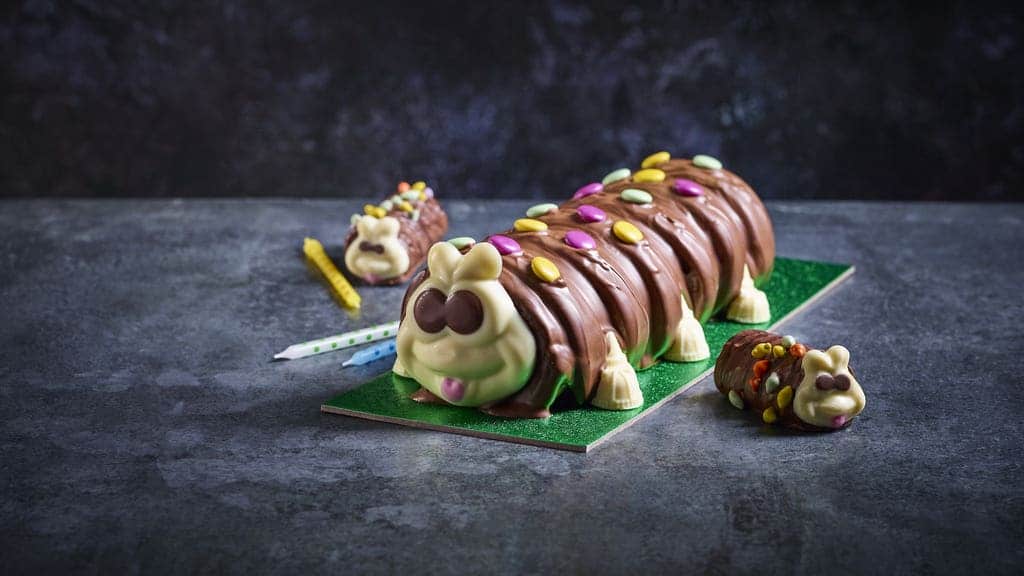 Aldi has defiantly announced it is bringing back its Cuthbert the Caterpillar cake after learning it is the subject of copyright infringement legal challenge by Marks & Spencer.

Posting its latest response to the row on Twitter, the German discounter announced a limited edition of the cake will return to shelves next month with all profits to be donated to cancer charities.

The post reads: “Hey Marks and Spencer we’re taking a stand against caterpillar cruelty. Can Colin and Cuthbert be besties? We’re bringing back a limited edition Cuthbert next month and want to donate all profits to cancer charities including your partners Macmillan Cancer Support and ours Teenage Cancer Trust. Let’s raise money for charity, not lawyers #caterpillarsforcancer.”

Hey @marksandspencer can Colin and Cuthbert be besties? We’re bringing back a limited edition Cuthbert and want to donate profits to cancer charities including your partners @macmillancancer & ours @teenagecancer. Let’s raise money for charity, not lawyers #caterpillarsforcancer.

Aldi is calling on other supermarkets to join it and M&S in raising money or cancer charities through the sale of caterpillar cakes.

M&S lodged an intellectual property claim with the High Court last week, arguing the similarity of Aldi’s product leads consumers to believe they are of the same standard and “ride on the coat-tails” of M&S’s reputation with the product.

It wants Aldi to remove the product from sale and agree not to sell anything similar in the future.

Aldi’s social media team promptly responded with a stream of posts about the upcoming legal challenge and a sketch of Cuthbert in court.

Starting off by mocking M&S’s slogan, the budget supermarket tweeted: “This is not just any court case, this is… #FreeCuthbert.”

Aldi also announced a “packaging update”, showing Cuthbert locked up in a prison cell and then tweeted: “Marks & Snitches more like.”

.@JudgeRinderTV How's your diary looking? Asking for a friend. #FreeCuthbert

M&S launched Colin the Caterpillar around 30 years ago and his appearance has been substantially unchanged since around 2004, except for adaptations for events such as Halloween and Christmas, and related products such as Connie the Caterpillar.

The product is central to M&S’s partnership with cancer charity Macmillan, and the retailer has created a Colin product for the annual World’s Biggest Coffee Morning fundraising event.

M&S has three trademarks relating to Colin, which the retailer believes means Colin has acquired and retains an enhanced distinctive character and reputation.

Live from inside the courtroom. #FreeCuthbert pic.twitter.com/3gCk7Ex553

Nevertheless, the M&S original has spawned a range of imitators since its launch, such as Sainsbury’s Wiggles, Tesco’s Curly, Morris by Morrisons, the Co-op’s Charlie, Cecil by Waitrose and Asda’s Clyde.

A spokesman said: “Because we know the M&S brand is special to our customers and they expect only the very best from us, love and care goes into every M&S product on our shelves.

“We want to protect Colin, Connie and our reputation for freshness, quality, innovation and value.”