At the first Prime Minister’s Questions of the year, the Labour leader focused his line of attack on the NHS strikes. 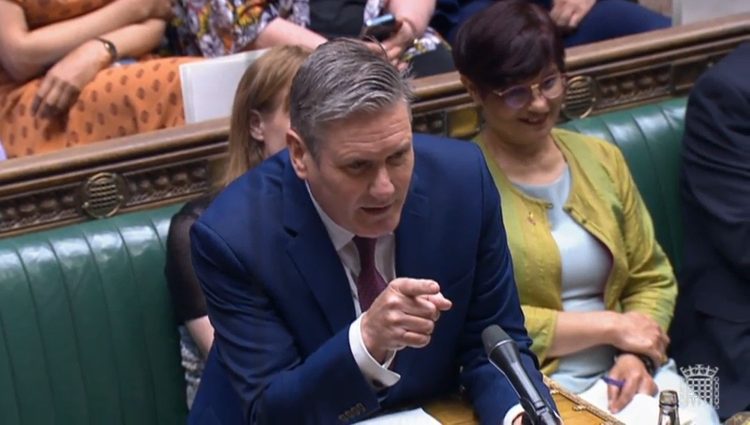 Sir Keir Starmer has told Rishi Sunak he cannot legislate his way out of “13 years of failure” as he criticised the new anti-strike bill.

At the first Prime Minister’s Questions of the year, the Labour leader focused his line of attack on the NHS strikes and the current state of the National Health Service.

He told MPs: “When I clapped nurses, I meant it.” And he insisted the PM’s response to “the greatest crisis in the history of the NHS” is to threaten to “sack our nurses”.

Sir Keir said: “His Transport Secretary says it’s not the solution. His Education Secretary hopes it won’t apply in schools.

“His own assessments say it could increase the number of strikes. The simple truth is you can’t legislate your way out of 13 years of failure. Between 2010 and 2019, before anyone had heard of Covid.”

He went on: “The number of people stuck on the NHS waiting list doubled. Why do patients always wait longer under the Tories?”

Responding to Sir Keir, Mr Sunak said: “This is a simple proposition. No-one denies the unions’ freedom to strike but it is also important to balance that with people’s right to have access to life-saving healthcare.”

“This shouldn’t be controversial, the International Labour Organisation supports minimum service levels,” he said, noting they are present in a number of European countries.

You can watch the exchange in full below: