The relationship between Tory donors and ministers has been branded 'unhealthy'.

by April Curtin
in News, Politics 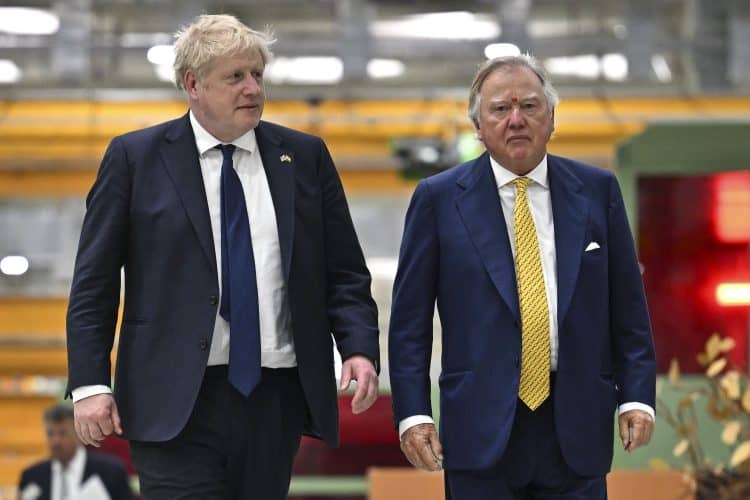 The son of a Tory donor who hosted the Prime Minister’s wedding party was given an £11.2 million grant by the UK government, it has been revealed.

Jo Bamford, CEO of Wrightbus, was given the cash to build hydrogen buses for his company Wrightbus in March 2021.

His father, billionaire businessman Lord Bamford, hosted Johnson and Carries’ wedding do at his Cotswolds estate in late July.

Lord Bamford, who is chairman of construction equipment manufacturer JCB, has donated millions to the Conservative party, and is understood to have paid for some of the costs towards the PM’s wedding celebration.

Wrightbus provided the world’s first ‘zero-emission’, double-decker buses powered by hydrogen, and has won publicly-funded contracts – worth millions – to supply these vehicles across the UK.

Jo Bamford’s other company, Ryze Hydrogen, is facilitating a £45million hydrogen and infrastructure distribution hub for Lanarkshire, and has signed a deal to import tankers of hydrogen from Australia.

Speaking to the Daily Record, SNP Cabinet Office spokesman Brendan O’Hara MP said “Tory cronyism”  has been “endemic” under Johnson’s leadership, and that the public deserve transparency regarding the £11.2million payout.

“He may be going, but the legacy that will follow Boris Johnson is one of Tory sleaze,” O’Hara said.

Economy spokesman for the Lib Dems, Willie Rennie, agreed that transparency about how such contracts are “dished out” is needed, and described the relationship between Tory donors and Tory Ministers responsible for awarding multi-million-pound contracts as “unhealthy”.

A UK Government spokesperson told the publication: “All contracts are awarded in line with procurement regulations and transparency guidelines and there are robust rules and processes in place to prevent conflicts of interest.”